Clarets earn a point at Villa in final away game 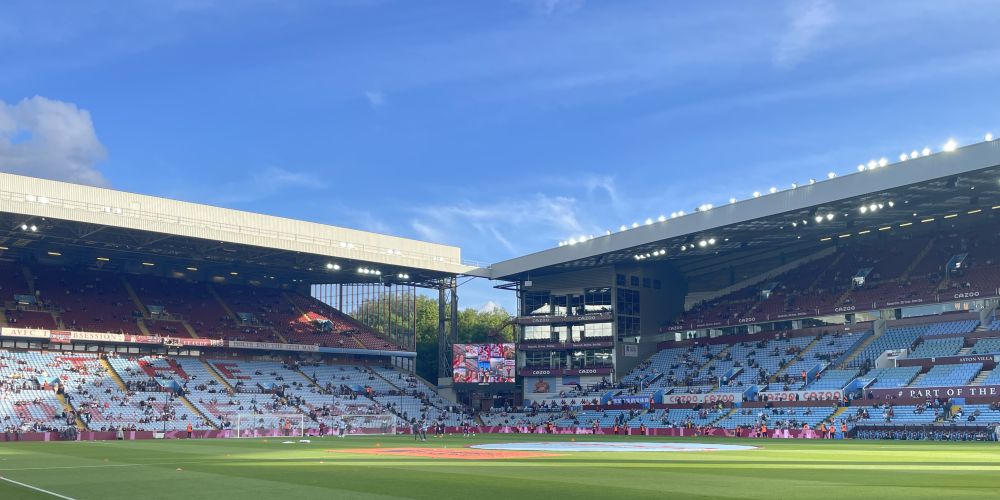 An Ashley Barnes penalty on the stroke of half time helped earn us a point from last night’s 1-1 draw at Aston Villa to take us into the final game of the season against Newcastle United knowing exactly what we need to do to stay in the Premier League.

This was our final game in hand. At half time, with us a goal in front and knowing Everton were two goals behind at home against Crystal Palace, things were looking more than reasonable, but an early equaliser for Villa in the second half, coupled with the big turnaround at Goodison, changed everything with Everton now out of danger.

It was a smooth, trouble free journey down to Villa Park, the fourth ground I saw Burnley play on over sixty years ago, my only problem was finding my seat, hardly expecting that a seat number in the 300s would come before seat number one.

What was noticeable was the upper tier of the away end; it remained empty. It made little sense to me. I can understand us having taken a lower allocation given the game was scheduled for December but it does beg the question as to what happened for the re-arranged date. With a clamour for away tickets, it looked as if we could have sold many more. Did Burnley not ask about the upper tier for this new date? Did Villa refuse our request and, if so, why did they if they were going to leave them empty?

Embed from Getty Images
James Tarkowski was back in the side for Burnley, replacing former Villan Matt Lowton who would go on to have a dramatic night having come on as a substitute. Lowton was involved in one of a number of big talking points in the game.

It all started with some concern for us. Villa were quickly on the front foot and it was very much like a number of recent games that have seen the opposition get on top from the start. Thankfully, they didn’t get too many goalscoring opportunities but Nick Pope was forced to make a couple of good saves.

At the other end, there was never a real clear chance but Matty Cash did deny Dwight McNeil with a good block but overall, Villa looked the more likely, that was until just before half time. We won a free kick out on the right, about half way inside the Villa half. It evaded everyone in the centre of the box and found Maxwel Cornet just inside the box on the left. He turned inside Emanuel Buendía who brought him down. There were no complaints from the Argentinean when referee Paul Tierney, a major figure in this game, pointed to the spot, instead, he put his hands on his head knowing what he’d done.

Barnes stepped up, took a proper penalty. It beat Emanuel Mártinez comfortably to his right and Burnley were taking a 1-0 lead into the interval. There was never any question that it was a penalty; the only contentious decision in the first half centred on Barnes’ elbow making contact with Tyrone Mings. To be honest, it looks something and nothing to me and it was right that there was no card for him.

Embed from Getty Images
Could we go on and win for a third time this season on the road? It didn’t take long for Villa to answer that. Within three minutes of the restart, they were level. From a similar position, although in open play, John McGinn crossed the ball left footed. Buendía made a run forward and got to it before Connor Roberts to volley home although Pope did get a touch.

It seemed that it was Pope v Villa at times during the second half. He kept us in it with some good saves and one that was right up there when he got down to his right to deny Bertrand Traoré; it really was a stunning save.

We didn’t offer a huge threat but then we thought we might have a chance when VAR checked for a potential handball by Lucas Digne. I would be a hypocrite if I said it was a penalty, simply because I thought the one we conceded at Spurs shouldn’t have been given. But, if that was a penalty at Spurs then there is no doubt in my mind that we should have had that last night.

The game looked to be heading for a 1-1 draw but then came the big chance. Charlie Taylor crossed from the left. Roberts got to the ball at the near post but Mártinez saved well, knocking the ball onto the post. Roberts was back onto the ball and squared it for substitute Wout Weghorst who looked to have the simplest of chances only for Mings to somehow get across and block it. The chance was gone but was it great defending or a bad miss? As good as the defending was from Mings, I think Weghorst should have scored.

Embed from Getty Images
Just before that, Matt Lowton had come on for Cornet in what was our third and final substitution and in the first of four added minutes, he surged forward before catching Calum Chambers after he’d played the ball. Tierney couldn’t wait to get the red card out and his VAR man John Brooks backed him up.

If that’s a red card then we’ve lost our way in the game but it was probably no surprise given this particular referee seems to cause us problems so often when he referees us. I’m delighted to hear today that Burnley are likely to appeal the card although I doubt very much that we’ll win that appeal.

As Lowton went off, all that could be heard from the Burnley fans was the chanting of: “Premier League, corrupt as ****”, and given some of the decisions recently, it does give you more than food for thought.

That was it, a draw, a fourteenth of the season. It’s left us just outside of the bottom three and with the realisation that everything is now in our own hands.

Embed from Getty Images
All that we needed to do then was get home and it might be a surprise to some to know that was quick and trouble free too. We went via the M54 and A449, avoiding what proved to be long delays for some on the M6.

But back to the football and it’s now quite simple, we are above Leeds on goal difference and need to match their result at Brentford when we take on Newcastle. If we win, we are safe, if not then we will have to concern ourselves with what’s happening at Brentford.

I’m sure the players will just get on with it and do their best while for us in the stands it will be a worrying, nail biting afternoon. There have been times this season when we didn’t think we’d make it this far, but we have so let’s give our players every single ounce of support we can to help them get through it.