Clarets go down to defeat at Reading

The under-23s have been beaten 2-1 at Reading tonight in Premier League 2, a fourth league game without a win since our last victory at Middlesbrough in the week before Christmas. 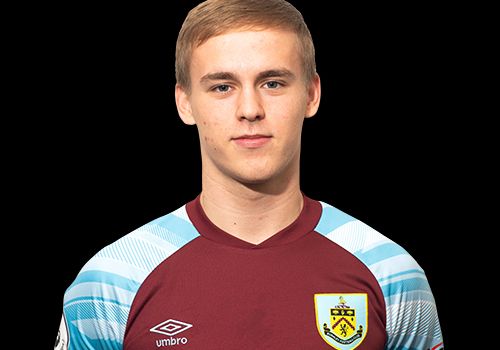 Burnley welcomed back Joel Connolly after eighteen months out with yet another unreported injury while there was a first start for Anthony Gomez Mancini for some time, presumably because of injury. And it was a first start at this level for central defender Dan Sassi.

Hopes were high, taking on the team at the bottom of the league and one with only one win since August, but it was hosts Reading who went in front when Mamadi Camara scored with a low shot past Lukas Jensen.

We were level in the 44th minute. Mancini got down the right and played the ball inside for Dara Costelloe who turned and shot past James Holden, the Reading goalkeeper.

All square at the interval but Rashwawn Scott won the game ten minutes into the second half for Reading from the penalty spot after a foul by Connolly (pictured) which earned him a yellow card.

Burnley had a couple of chances and a good shout for a penalty themselves in the search for a second equaliser but it was Reading who came closest when only a post prevented Nahum Melvin-Lambert from making it 3-1.