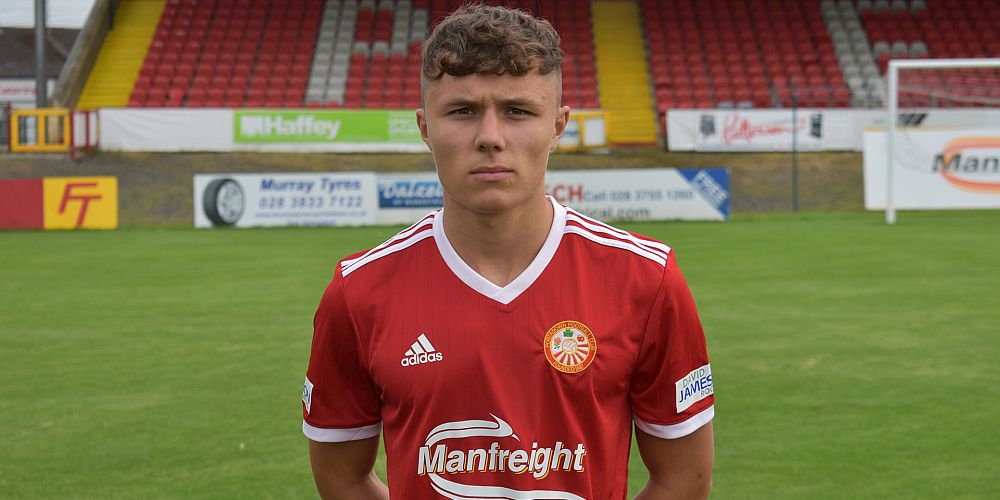 Burnley have today signed Dane McCullough from Portadown, a young player who is already a record breaker in his homeland, the Northern Ireland club have confirmed.

On 20th April last year he came on as a substitute against Ballinamallard United and in doing so became the youngest player ever to play a league game for his club at the age of 15 years and 121 days.

He’s predominantly a left back and is a third generation of Portadown players with his dad Neil and granddad Barry having also played for the club. Dad Neil is still very much involved as under-20 coach. His uncle Gary is also a former player.

Portadown manager Matthew Tipton said: “I’m delighted that another of our young players has got a move to England. Dane McCullough will be moving to Premier League club Burnley FC & it’s fully deserved. Dane epitomises everything that we want in young players. I’ve never come across a young player that has worked harder at their game than Dane and this move is his just reward for the work he has put in. On behalf of myself and the rest of the club I wish him all the best for the rest of his career.”

McCullough is now expected to join Tony Philliskirk’s under-18 squad ahead of the new season.