Clarets miss out on youth final

While the first team were engaged in a vital Premier League game last night, the under-18s were beaten in the semi-final of the Lancashire Youth Cup following a penalty shoot-out against Blackpool.

It was a very young looking team that took to the field with all of the substitutes coming from the under-16s and we made a strong start with Nathan James heading a Dane McCullough header over the bar before McCullough himself hit the woodwork following another corner. 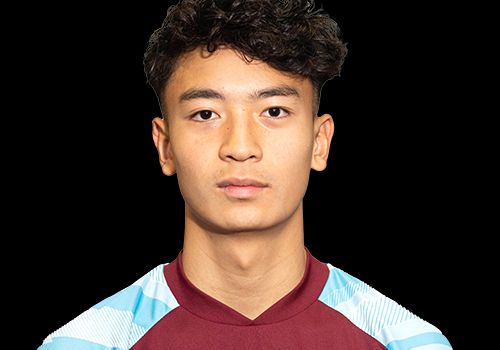 Blackpool did come more into the game and had a couple of chances but by half time it was still 0-0 and everything to play for.

No goals in the first half but plenty in the second and it was Blackpool who struck first with a Jake Daniels header but Burnley were level within seven minutes and again it was a corner with James (pictured) this time heading home.

It all looked to be heading for penalties but with just three minutes remaining, Joe Smyth-Ferguson gave us the lead, scoring from close range after the Blackpool goalkeeper had saved a shot from substitute Lucas Wane.

With a place in the final in our grasp, Blackpool quickly equalised with a James Harrison goal and penalties it was.

Blackpool went first and scored but Joe Bauress missed for the Clarets. The next two were scored, first Blackpool and then Sean Etaluku for Burnley and then came the lifeline with Blackpool failing with their third before Ruairi Behan scored.

Three penalties each and it was 2-2 and that became 3-3 from four with McCullough scoring our fourth. Blackpool scored again but Trevon Bryan saw his saved and it was the Seasiders who went through with a 4-3 shoot-out win.