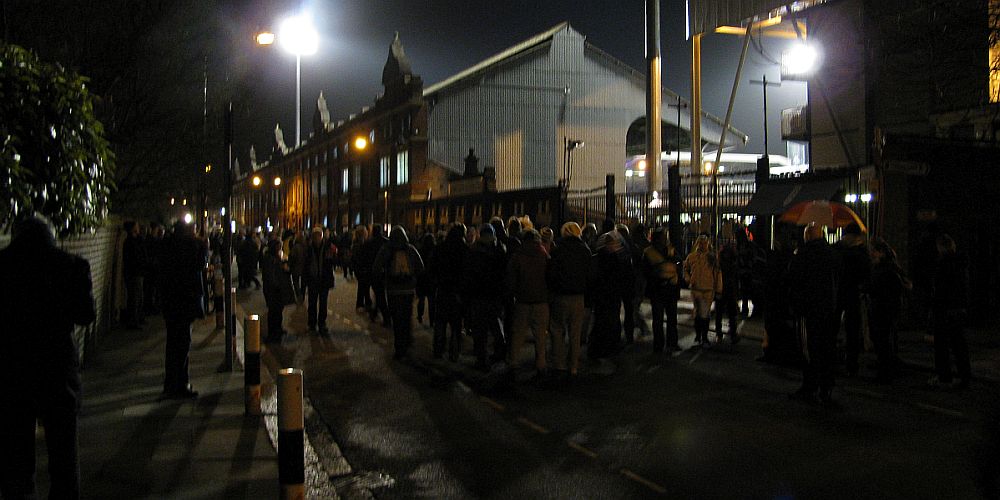 Goals from Ashley Westwood and Chris Wood gave us a 2-0 win at Fulham last night, a result that secured our Premier League place for next season while condemning Fulham to relegation alongside West Bromwich Albion and Sheffield United.

The win has taken our points total to 39 and for those of a more nervous disposition they can relax in the knowledge that when, hopefully, fans return next season it will be to watch Premier League football.

For some considerable time now I’ve believed 34 points would be enough and since the win at Everton, that took our points total to 33, I’ve been somewhat relaxed about it all and believed it was a matter of when rather than if. When was last night and the final whistle was a brilliant moment for us all to know that we’ve achieved again what we set out to achieve and this despite a horrible start.

In front of the partly built new stand, the players emerged from the cottage for this game and it was no surprise at all that Sean Dyche stuck with the team that had been beaten by a very good West Ham side a week earlier. Scott Parker had made two changes to his Fulham team, bringing in both Kenny Tete and Aleksandar Mitrović having given his side the mission of finding four wins from the final four games.

Embed from Getty Images
I think we expected something of an early onslaught from the home side but it didn’t come. They got into a couple of dangerous positions but they rarely threatened to get in front and eventually we looked to turn the game in our favour with Wood threatening to break the deadlock more than once.

He turned in a Matěj Vydra ball from the left but it was adjudged to have gone out of play before Vydra could get the ball across. Soon after he saw his header deflect just wide off Tosin Adarabioyo before forcing Alphonse Areola into a save.

A goal looked as if it was going to come and it duly did some ten minutes from half time. It all started with a ball from Matt Lowton out to Vydra on the left. Again the striker got the ball to the line, and this time it didn’t go out of play, before pulling the ball back for Westwood, who had covered some ground to get there, to turn the ball in.

Our two strikers were causing Fulham some serious problems and by half time one of them had made it 2-0 with the other coming so, so close to adding a third. Fulham tried to play out from the back before eventually having to clear the ball up field. Ben Mee won it in the air with Jack Cork playing it to Westwood who in turn played the ball forward to Wood. The striker tried to turn Tosin but the defender got a touch. It did no more than find Josh Brownhill who played it back to Wood who made no mistake, crashing the ball home into the top corner from the edge of the box.

Embed from Getty Images
That was about a minute from the end of the 45 minutes and Vydra got his chance in stoppage time but saw his shot fly just over the bar. A third goal and that would definitely have been it, but at 2-0 we knew Fulham would have to give it a go in the second half.

They did just that but in truth they rarely threatened. They did have a penalty appeal against Charlie Taylor but the left-back had played the ball and then, astonishingly, their goalkeeper Areola was allowed to stay on the field after denying Vydra a clear run on goal by handling the ball way outside of his penalty box. I can accept that referee David Coote, who had an appalling game, might not have seen it but the assistant referee had to and then, of course, there is VAR which gets more bizarre by the week.

Jay Rodriguez came on for Vydra at that point, something missed by the television coverage and soon after Fulham were close to pulling one back when André-Frank Zambo Anguissa crashed a shot against the underside of the bar.

But, by then, this was Burnley’s night against a team full of loan players who never really looked anything other than a relegation outfit and long before the final whistle they’d accepted their fate.

Embed from Getty Images
When that final whistle blew the contrasting emotions were there for all to see. Some of the Fulham players looked distraught while Mee and the hugely impressive James Tarkowski had beaming smiles on their faces having won us a sixth successive season in the Premier League.

It was another night of milestones too and we have to start with our supporters who were locked out for a 50th consecutive game, 44 of them in the league and three in each of the cup competitions. While on the number 50, that’s how many goals Wood has now scored for us with 46 of them in the Premier League.

When Jay came on, it took his total appearances for Burnley to 200 while Mee reached 350, a Burnley career that started back in August 2011 on the same day that Sean Dyche managed Watford for the first time.

Dyche too was reaching the 350 milestone. That’s the number of league games he’s got under his belt as Burnley manager and what a 350 games it’s been. We were 14th in the Championship when he walked in and by the end of what was very much an up and down time we’d moved up to 11th by the season’s end.

Embed from Getty Images
What has happened since is nothing short of remarkable. A promotion and relegation followed by another promotion and now we can look forward to a sixth successive season in the Premier League. With just one year remaining on his contract, will that be with Dyche still at the helm? That’s looking positive given his words today.

He said: “There is an open dialogue with the owners. I’m speaking to them constantly and we are trying to fathom out how best to take it forward financially, both with the players we’ve got and layering up on top of that. I don’t think there is a radical financial shift, which sometimes happens in the Premier League, but I’m hoping and I think there will be some investment.”

350 league games in charge and with 225 of those games in the Premier League. We have a hell of a lot to thank him for and we can do that now knowing that five weeks tomorrow, with the release of the 2021/22 fixtures we can look forward yet again to the daunting prospect of a trip to face Manchester City rather than potentially coming up against such as Peterborough who are the only team we’ve played a league game against in the Dyche era and not beaten.

Before then, three games to go and let’s hope there are a few more points on the board by the time we bring the season to an end a week on Sunday.