Clarets shift from the Trent to the Mersey 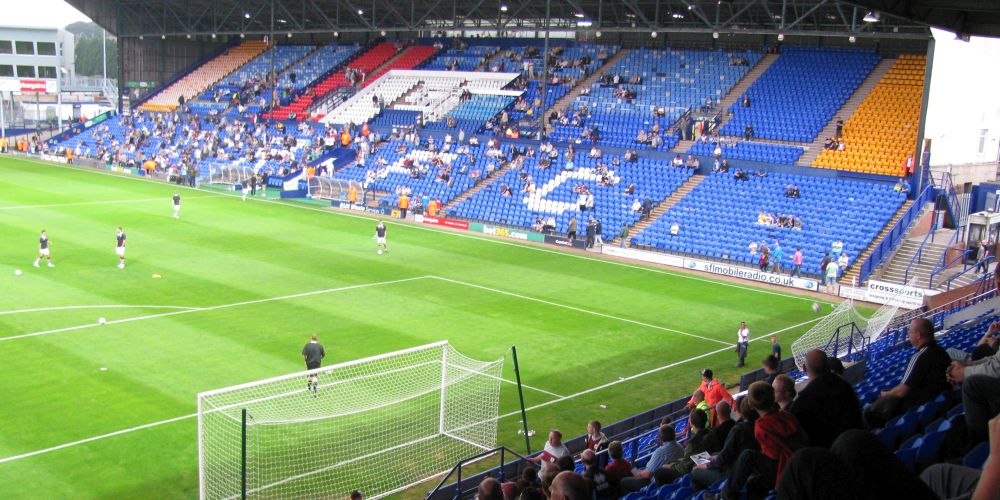 Our pre-season should have been taking us to the banks of the River Trent tomorrow with a game against Nottingham Forest at the City Ground, but we are now heading close to the River Mersey and a clash with Micky Mellon’s League Two Tranmere Rovers.

It’s been a hastily arranged game following yesterday’s cancellation of the Forest game with tomorrow’s game now replacing the fixture we had at under-23 level against Tranmere.

Mellon is back at Tranmere having left a year ago to take over at Dundee United. They’d just been relegated to League Two in what had been a suspended season but with first Michael Jackson, currently with our under-23s, then Keith Hill and Ian Dawes in charge, they missed out on an immediate return to League One with a play-off semi-final defeat against Morecambe.

Back in charge, Mellon has made twelve summer signings to date. They include Liam Feeney, who made his debut for Blackburn in our 2-1 win at Ewood in March 2014, and Callum McManaman, the former Wigan and West Brom winger, who has returned from a stint with Melbourne Victory in Australia.

McManaman, fellow new signing Emmanuel Dieseruvwe and Keiron Morris all scored in their opening friendly at Stalybridge. They won that 3-1, then beat Warrington Town 1-0 with Dieseruvwe again on the scoresheet, hitting home a penalty.

Last Tuesday, while we were winning at Blackpool, Tranmere drew 0-0 at Prenton Park against Sunderland. Mellon was pleased with the way his team defended but felt they need to create more chances.

They are expected to be among the promotion chasers this season.

As for us, Sean Dyche will be pleased to have got this game in having lost the Forest game and we will play two more games after this before the kick off, reportedly against Newcastle and then the confirmed Turf Moor game against Cádiz.

With no additions to the squad, it is likely to be the same players involved who played at Blackpool although Matej Vydra could be included having had a week back in training.

We couldn’t have known what was in store for us as the 2013/14 season approached. We’d lost at Morecambe, as some Burnley fans chanted ‘Dyche Out’ and won at both Cork and Carlisle and on 23rd July we travelled to Tranmere for our penultimate pre-season game. 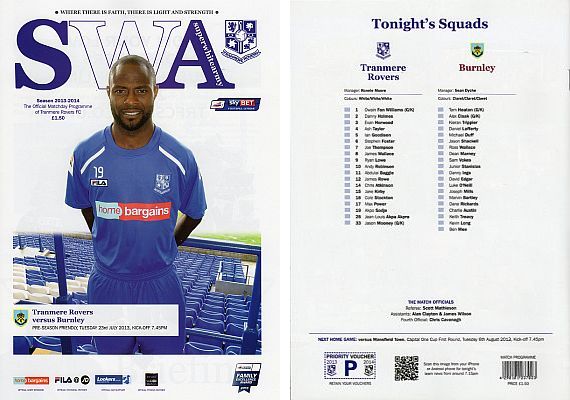 We got off to a quick start at Carlisle but this one was different. It did take us a while to get going but when we did, we scored two stunning goals either side of half time.

David Jones, who was outstanding, started the move for the first just before the break. He was on the left and played the ball inside for Dean Marney. He in turn switched it superbly to Kieran Trippier on the right whose cross was headed down by Charlie Austin for Danny Ings to hit an unstoppable shot high into the roof of the net.

That was bettered ten minutes into the second half. Junior Stanislas and Ings were involved with Ings playing the ball to Marney some thirty yards from goal in front of the Burnley fans and from there Marney hit a stunning rocket of a shot that I’m sure Owain Fôn Williams in the Tranmere goal never saw.

It looked set to be a comfortable win, but James Rowe scored a tap in with less than a minute of normal time remaining before Tom Heaton pulled off a fingertip save in stoppage time to deny Tranmere an equaliser.