Burnley have landed themselves a defender from Bundesliga club Borussia Mönchengladbach with the loan signing of Jordan Beyer. 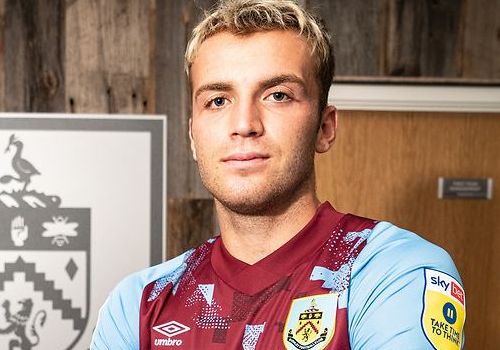 Beyer, a 22-year-old has played all his professional career with Borussia having moved there from Fortuna Düsseldorf seven years ago at the age of fifteen and went on to make his debut for them in September 2018 under the management of Dieter Hecking.He’s made 33 Bundesliga appearances for Borussia but in 2020 he moved to Hamburg in 2 Bundesliga where he played eleven times, again under Hecking, before the season was suspended.

Internationally, he’s been capped by Germany at every level from under-16 to under-21.

Starting as a right-back, he’s more recently played in the centre of defence and has now joined the Clarets on loan for the season, becoming the second German to play for us following on from Rouwen Hennings.

Beyer said: “As soon as i heard of the interest in the deal, i drove straight to the airport, I just wanted to get here straight away. I am just so happy it has all worked out and it’s all done, I can’t wait, honestly.”

Vincent Kompany said: “We would like to thank Borussia Mönchengladbach for allowing us to take Jordan on loan for the season. He’s a centre back with speed and quality on the ball, that has been educated at one of the finest academy’s in Europe.”