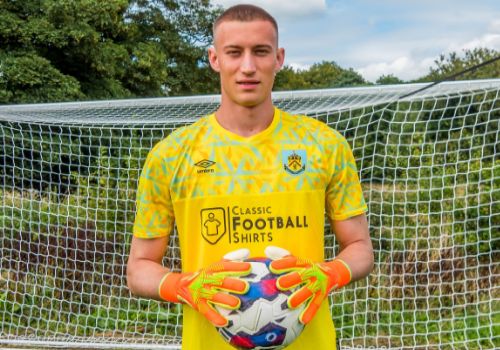 Burnley have added to the goalkeeping group today with the signing of Paris Saint-Germain’s 19-year-old Denis Franchi on a three year deal with an option for a fourth year.

The 19-year-old Italian has been with the French club since 2019 and signed his first professional deal with them towards the end of 2020.

He’d joined their youth academy initially and made nineteen appearances for them in the France U19 Championship. By the time he’d signed that first pro deal, he’d been called up to the senior squad on a number of occasions, and has trained with them several times.

Originally from Pordenone in north-east Italy, he’s already won a Coupe de France while at PSG but now moves to Turf Moor having signed a contract with the Clarets.

Franchi said: “I’m so happy to be here. It’s a new chapter for me, which I can’t wait to start. I’m looking forward to meeting the fans, my new teammates, the staff and the new journey ahead of me at Burnley.”

Vincent Kompany said: ‘We’re very pleased to welcome Denis to the squad. He’s an exciting young goalkeeper with a strong calibre of experience at a young age. Denis is an Italian youth international and will be a part of the long-term project at the club here.”