Clarets take on Norwich in search of first win 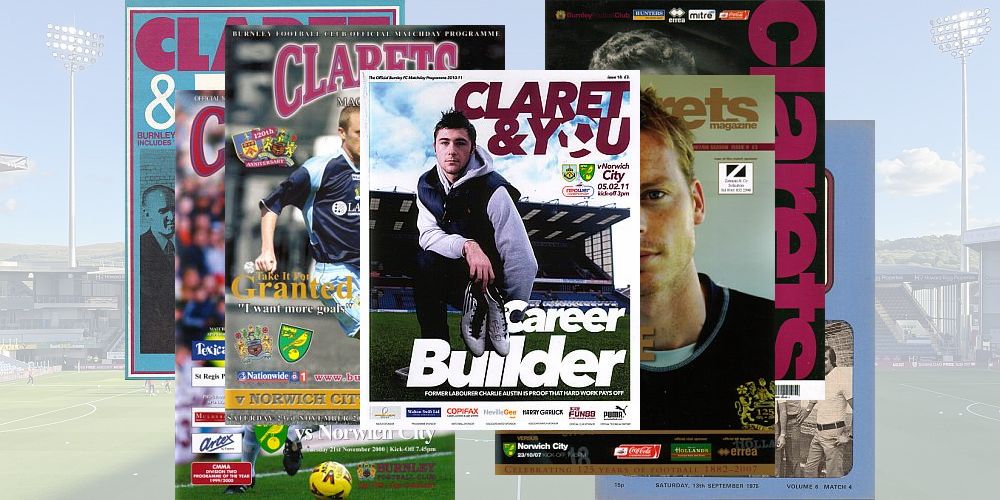 As the Premier League moves into its seventh set of games there are still five teams, namely Southampton, Newcastle United, Leeds United, ourselves and Norwich City awaiting their first win of the season.

Apparently, it’s the first time it’s happened in the Premier League era, and we have to go back to the 1964/65 season, and we were one of the five clubs then alongside Sunderland, Birmingham, Aston Villa and Wolves.

We are currently in 19th place with two points and Norwich, our visitors tomorrow, are the only team below us. I know we shouldn’t look too far forward but with Manchester City to come next after the international break we really could do with breaking this run without a victory.

My match previews are all following a similar pattern. I write about how we’ve been playing well but how we’ve been losing leads and therefore losing points that we really should not have lost. Nothing’s changed on that score following the most recent game at Leicester other than this time we lost the lead twice and had to settle for a draw although we did come close to clinching all three points in stoppage time only for VAR to rule out a Chris Wood winner.

Do you remember the Golden Goal back in the 1990s? We won at Crewe with Kurt Nogan scoring and even Euro 1996 was decided by such a goal scored by Germany’s Oliver Bierhoff. Imagine that applying in the league, a case of the team who scores first wins the game. We’d have been beaten at Liverpool and at home against Arsenal but would have recorded home victories against Brighton and Leeds and away wins at Everton and Leicester.

We need to continue taking the lead, but we also need to start keeping clean sheets again. It’s as recent as the 2019/20 season that Nick Pope came within one clean sheet of winning the Golden Glove, but we haven’t kept one since the 2-0 win at Fulham last season.

As we go into Sean Dyche’s 400th game in charge of Burnley tomorrow, the team is now captained by Ben Mee, the only player still at the club who Dyche named in his first team back in November 2012. Seven of that starting eleven are no longer playing, the other three who are besides Mee are Lee Grant, Kieran Trippier and Charlie Austin while the three used substitutes can also be found still playing; they are Danny Ings, Junior Stanislas and Sam Vokes.

Embed from Getty Images
Speaking ahead of tomorrow’s game, Mee said: “We have been so close, so that is the frustrating part, when you don’t turn good performances into points. I think we are showing good signs of our work coming together and I’m fully confident we’ll get a win in the coming weeks.

“The manager doesn’t need to say too much. We all know ourselves as players where we need to be, but I can’t wait to get out there, get a win and start moving up the table. I have every confidence that we will. We’re a good side now, and we’ve got a good squad.”

The blow for Burnley ahead of the game is that it will come too soon for Maxwel Cornet who has made a big impact in his limited game time since signing from Lyon. Forced off at Leicester just before half time, the injury is not as bad as it might have been, and he could be fit for the trip to the Etihad in two weeks time.

With Jay Rodriguez and Kevin Long back available and Matěj Vydra declared fit after he also came off at Leicester, Connor Roberts and Dale Stephens are the only other players ruled out and I wouldn’t expect much change from the team that drew at Leicester with Jóhann Berg Guðmundsson the likely replacement for Cornet.

Norwich are still looking for their first point of the season. At some point, inevitably, they will get it and we really don’t want it to come tomorrow. They have had a tough start with Liverpool, Manchester City and Leicester in their first three games, they’ve since played Arsenal, Watford and Everton. They’ve conceded 16 goals in those games but only scored against Leicester and Watford, both of them from Teemu Pukki.

It adds to the last ten games of the 2019/20 season which were also lost with their last Premier League points coming on 28th February 2020 when a Jamal Lewis goal gave them a 1-0 home win against Leicester.

Like most clubs, they have some injury problems. All of Christoph Zimmermann, Prezemyslaw Placheta, Todd Cantwell and Sam Byram are all out and loan player Billy Gilmour will be assessed because of a foot injury. Of that quartet, only Cantwell has played this season.

Embed from Getty Images
They are likely to play former Claret Ben Gibson (pictured above) who returned to the team last week to play alongside former Blackburn central defender Grant Hanley.

Burnley and Norwich had managed to avoid each other from 2009 until 2019 in the league other than in the 2010/11 season when both games ended in home wins. But their promotion to the Premier League brought them back to Turf Moor in September 2019, just a week after they’d beaten Manchester City.

But, on the day, they offered little threat with us winning the game 2-0 courtesy of two Chris Wood goals in the opening fourteen minutes.

Four minutes later, Jack Cork won the ball from them as they tried to play out from the back. The midfielder found McNeil whose low left wing cross found Wood who had got in front of the defender to fire home left footed.

Norwich never threatened to get back into the game and the only surprise was probably that we didn’t add to the two Wood goals.