Clarets through to Lancs final after win at Accrington 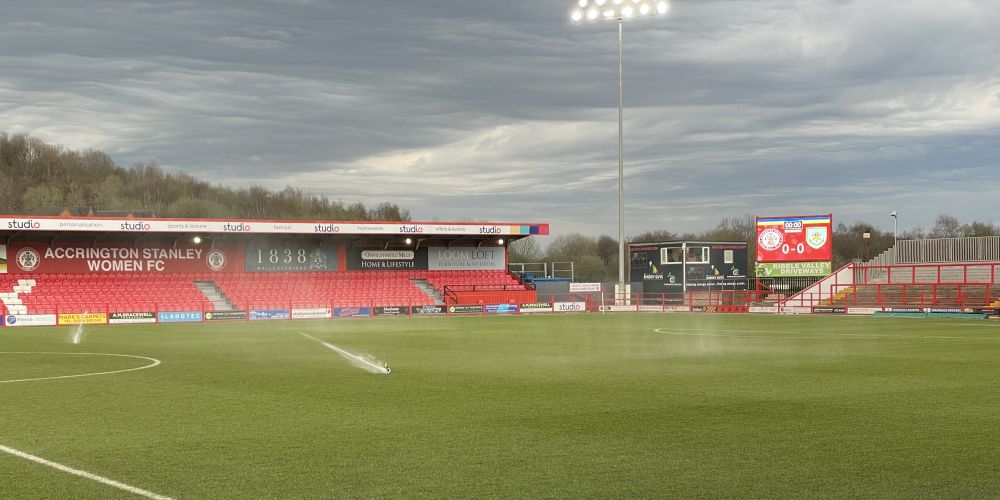 Burnley will play Liverpool in the final of the Lancashire Senior Cup after overcoming Accrington Stanley tonight to win 3-1 in what proved to be a battle for us, particularly in the second half.

It was good to see a game in this competition played on a club’s home ground, and what a different looking Wham Stadium it is since our last visit, with the Eric Whalley Stand, the new hospitality area behind the main stand and the fanzone behind the covered end. Even the old dressing rooms have gone with work already underway on new changing facilities.

Goalkeeper apart, with Lukas Jensen replacing Sam Waller, Michael Jackson named the team that had beaten Newcastle 5-1 last Friday but this was a very different game against a much more experienced and stronger side than we are used to playing against in the under-23 league.

There was no hint of what was to come later in the game when we took control of things with two goals in the first 23 minutes. Max Thompson it was who gave us the lead after good work from Rob Harker and Dara Costelloe set him up. It was a good finish from Thompson.

Costelloe was involved in the second goal too; he was brought down by Phil Sykes for a clear penalty which was converted by Ben Woods and I suppose we all settled down at that point expecting a comfortable win.

Thompson forced a good save from Liam Isherwood and we might have had a second penalty for handball, but generally the game became scrappy and we were not able to add to those two early goals.

The second half was a different story altogether. Stanley put us under enormous pressure. Jensen was by far the busier keeper. He made a number of saves, two of them outstanding. They missed a couple of chances and when the did think they’d pulled one back through Josh Woods it was ruled out for offside.

We were really having to do a lot of defending and Accrington played their trump card with the introduction of former Burnley under-18 winger Rhys Fenlon just before the hour. He caught us out a couple of times with his pace and, with nine minutes remaining, he pulled one back with a good finish from the edge of the box on the right hand side.

If anything, the pressure intensified as they got ball after ball into our box but we reached ninety minutes still a goal in front. We’d hardly threatened other than a couple of breaks. The board went up to confirm five extra minutes and we did manage to relieve the pressure somewhat with a couple of runs taking the ball into the corner. We got through those five minutes too and then, in the sixth minute of stoppage time, we ensured victory when Costelloe finished off a break with a smart finish to take us to that final against Liverpool.

Michael Jackson said after the game: “I thought first half we were really good. The second half it was absolutely brilliant for their learning and their development of what league football can be like. I’m more pleased with that. It was a great learning curve.

“I always say like a broken record, it’s about their development. That tonight they couldn’t have got anywhere else. They wouldn’t have got that in a 23s game. That for me is another good experience.”