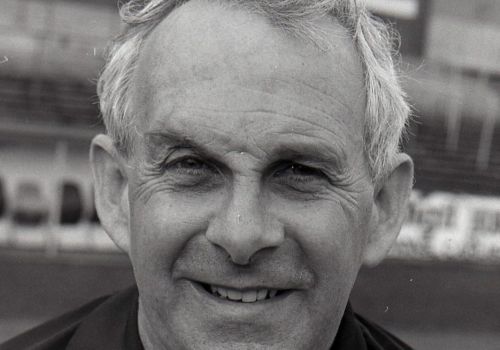 We are saddened today to have learned that Clive Middlemass, a former assistant and caretaker manager at Burnley, has passed away at the age of 77.

Clive came to Burnley after the Fourth Division title season in 1991/92 to work as Jimmy Mullen’s assistant. Having seen his playing career prematurely ended by a serious road accident, he had coached at a number of clubs and managed Carlisle prior to his arrival at Turf Moor.

He continued as assistant through to the end of the 1995/96 season, a period of four years which included the promotion season in 1993/94 that ended with the play-off win against Stockport. During his fourth and final season he’d stood in as caretaker manager following the sacking of Mullen.

He took on a more junior coaching role under the next two managers, Adrian Heath and Chris Waddle but left the club with the appointment of Stan Ternent. He went on to work for Preston for eight years as chief scout, initially for David Moyes. His final manager at Preston was Billy Davies who took him to Derby before Clive moved to Everton to work once again with Moyes.

He passed away peacefully this morning and all our thoughts are with his family and friends at this sad time.

« Local games and a trip to Scotland for the under-18s
Barton, Brady and Paterson »