When captain Ben Mee was ruled out with an ankle injury for last Saturday’s home game against Norwich City, it meant a league debut and a first ever Premier League appearance for summer signing Nathan Collins. 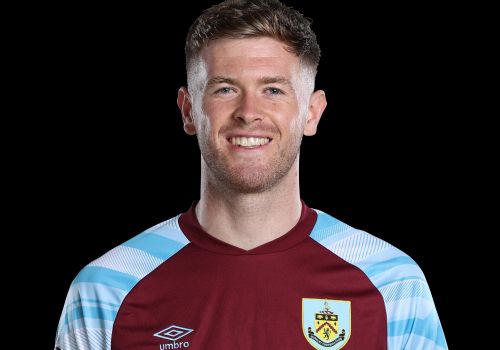 Playing alongside James Tarkowski in the centre of defence, he ensured we kept our first clean sheet in the Premier League since the 2-0 win at Fulham in May and his overall performance, on a disappointing day for the Clarets, has won him both the man of the match and the player ratings.

He polled 32% of the vote for the man of the match, a clear lead over midfielder Josh Brownhill, who enjoyed a particularly good second half, who had a 23% share. Fellow defender Tarkowski was third with 16% while Matěj Vydra, despite coming off injured after half an hour, was fourth with 10% of the vote.

It’s given Collins the maximum ten points towards the Up the Clarets Player of the Year with both Brownhill and Tarkowski winning five points and there was one point each for McNeil and Vydra.

That one point for McNeil has kept him on the top of the table. He’s now on 32 points with Tarkowski, our player of the year for the last three seasons, now just one point behind him. No players are within striking distance of them with Maxwel Cornet and Charlie Taylor sharing third place, both on 19 points.

With the international break, our next game, and therefore the next vote, will follow our away game at Manchester City a week on Saturday.

The Norwich result and the current table are below.