Cork is top man once again

Burnley returned to action last Sunday after a four week break and we beat QPR 3-0 at Loftus Road with goals from Jóhann Berg Guðmundsson, Ian Maatsen and Nathan Tella. 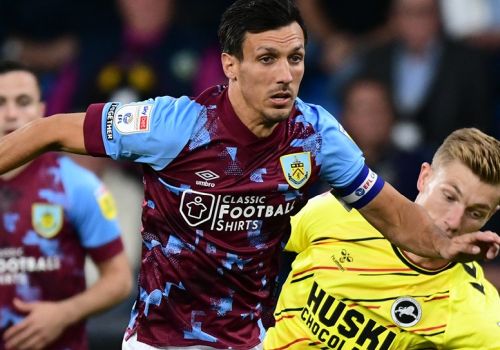 But, yet again, Jack Cork was the main man for the Clarets, winning another man of the match and player ratings double on Up the Clarets with an outstanding performances alongside other top individual performances as we played as if we’d never had that break.

Cork won the man of the match with 36% of the vote, almost twice as many votes as won by Jóhann Berg Guðmundsson who secured a 19% share having scored the opening goal. Third place was won by Nathan Tella, scorer of the third goal, just ahead of Jordan Beyer, both of them winning 11% of the vote.

It’s won Cork ten points towards the Up the Clarets Player of the Year. Guðmundsson has won six points with three points for Beyer, two for Tella and one point for Maatsen. That’s now extended Cork’s lead at the top of the table to 29 points over Manuel Benson who himself has a twenty point lead over Anass Zaroury who is third, four points in front of Josh Brownhill and Tella.

The next vote will be underway after tomorrow’s home game against Middlesbrough, The QPR result and the current player of the year table are below.