Cornet at the double in Saints draw 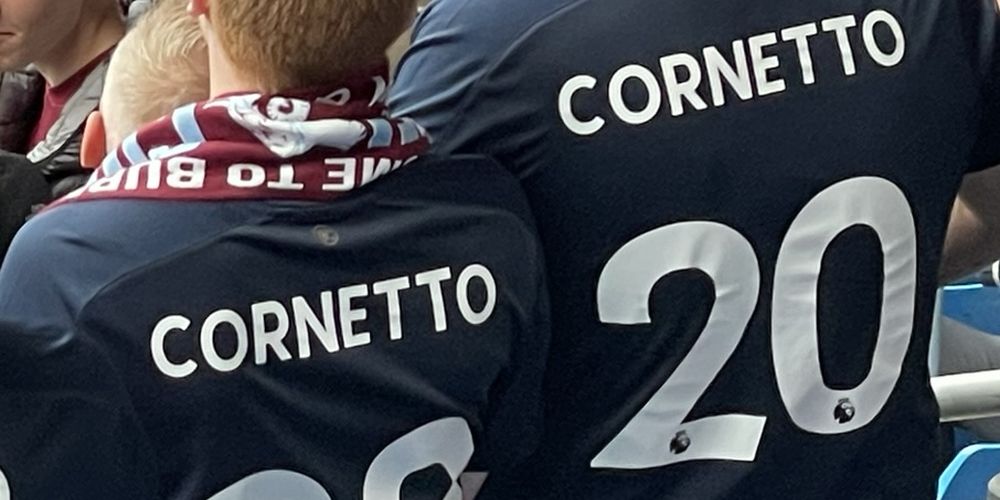 Two goals from Maxwel Cornet helped Burnley to a 2-2 draw yesterday afternoon but the search continues for the first league win of the season with the Clarets still in 18th place in the table.

At a ground where we have now been beaten just four times in twelve visits, it was at St. Mary’s last season where this run of dropping points from winning positions started and it continued again yesterday. Last season we were beaten having led 2-0; this time we did get a point after Cornet’s stunning second.

Of the three players ruled out last week at Manchester City, Charlie Taylor was the only one to return to the starting eleven, him replacing Erik Pieters being the only change. Matěj Vydra did make the bench, but Ben Mee was absent again with Nathan Collins deputising in the centre of defence.

The last time I was at Southampton was on the day of Storm Dennis; it remains the last time I saw Burnley win on the road. That day, Vydra scored a spectacular winner at the far end and last season, despite the defeat, he repeated it with an equally good goal. This time, as two seasons ago, we played towards the Burnley fans in the first half.

Embed from Getty Images
It was a quiet opening but suddenly, and out of the blue, we got ourselves in front with Cornet’s second goal for the Clarets and not the sort of goal I was expecting to see him score. Chris Wood found Dwight McNeil who got the ball out wide to Matt Lowton. The full back’s cross was perfect for Cornet to rise unmarked and head into the bottom of the corner.

It was just the sort of start we wanted. It knocked the home team for six and for a time it wouldn’t have been a surprise to see us extend the lead. We didn’t, Southampton recovered and started to put us under some pressure.

Theo Walcott missed a good chance and then Nathan Redmond missed one that defied belief. I doubt we will see a better chance go begging all season. Redmond laughed, so did I to be honest. His manager Ralph Hasenhüttl looked less than impressed.

Tino Livramento fired a shot against the inside of the post yet we survived but it was only a matter of time and Livramento it was who equalised for the Saints, heading home a right wing corner.

Embed from Getty Images
When referee Chris Kavanagh blew for half time, we certainly couldn’t have had any complaints that yet another lead had disappeared and it went at the right time for us.

Things soon went worse in the second half with us falling behind after an uncharacteristic error from James Tarkowski. He’d done the difficult part as he manoeuvred the ball past a Southampton player but then gave it away with a poor pass that left Armando Broja to move forward and fire past Nick Pope.

At this point I have to admit that I didn’t see us coming back but we did and Southampton, to be fair, hardly bothered us again.

The equaliser came when we won a throw in on the right and in our own half of the pitch. It led to Collins playing the ball forward for Wood who chested it down for Ashley Westwood to find Cornet. I mentioned the two Vydra goals at that end in the two previous visits; this one was right up there with them. Cornet didn’t need a touch; he volleyed the ball into the corner of the net from 25-yards.

Embed from Getty Images
I wasn’t sure what we were going to get from him when he made the move from Lyon but that’s three goals now and the perfect hat trick with the right footed stunner at Leicester followed by these two. Maxwel is setting up his own goal of the season competition.

There was still over half an hour to go and there weren’t too many goalscoring opportunities, but we always looked the most likely. McNeil fired one shot just over the bar with Westwood probably coming the closest with a shot that went just wide.

Pope really just had one routine save to make although we were given a few nervous minutes at the end when Southampton pushed forward but there was little to deal with and it was another point.

It was another afternoon with positives and negatives. Cornet scoring twice was a major positive as was the fact that we actually scored twice in a game for just the second time this season. One concern though is that we’ve conceded two or more goals in all our away games. That’s so unlike us and it really has cost us points.

That first win really does have to come sooner rather than later if we are to start moving away from the bottom places in the league but, again, there were enough positives to suggest that we are more than capable of getting ourselves up the table.