Costelloe goes out on loan to Bradford City

Dara Costelloe, who made his first team debut at the start of this season, has today signed a loan deal with League Two club Bradford City for the remainder of the 2022/23 season. 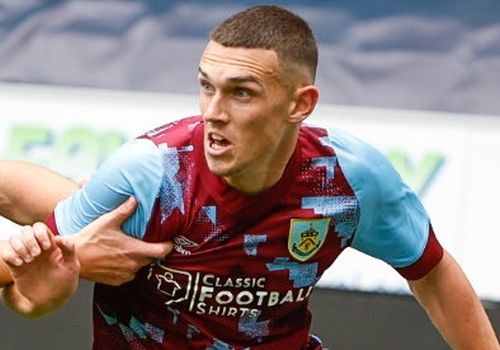 It’s almost two years since he arrived at Burnley as an 18-year-old from Galway and last season he proved to be the leading scorer for the under-23s having moved from the wing to play as a central striker.

He was a surprise inclusion in the team to play Huddersfield as this season kicked off and he’s gone on to make four league appearances and two in the League Cup. He’s not played in the league since the end of August but has been part of the first team squad for much of the time since although he did play in some under-21 games, scoring seven goals including a hat trick in a 3-1 win at Coventry.

Costelloe said: “I am delighted to be here and cannot wait to get started. I met the gaffer during the week and came and watched the game. I was impressed by the style of football he plays, and think I will learn a lot from him.

Manager Mark Hughes said: “We are pleased to be welcoming Dara to the club as we continue to deepen our attacking options this month. We have beaten off competition from other sides across the division to secure Dara’s signature, and he is a player we have been monitoring for several weeks. He is tricky and versatile with a real eye for goal, and is very highly rated by his coaches at Burnley, so we are excited to begin working with him.”

Dara could be in the Bradford City squad for their game at Wimbledon tomorrow and we wish him well during his time at Valley Parade.