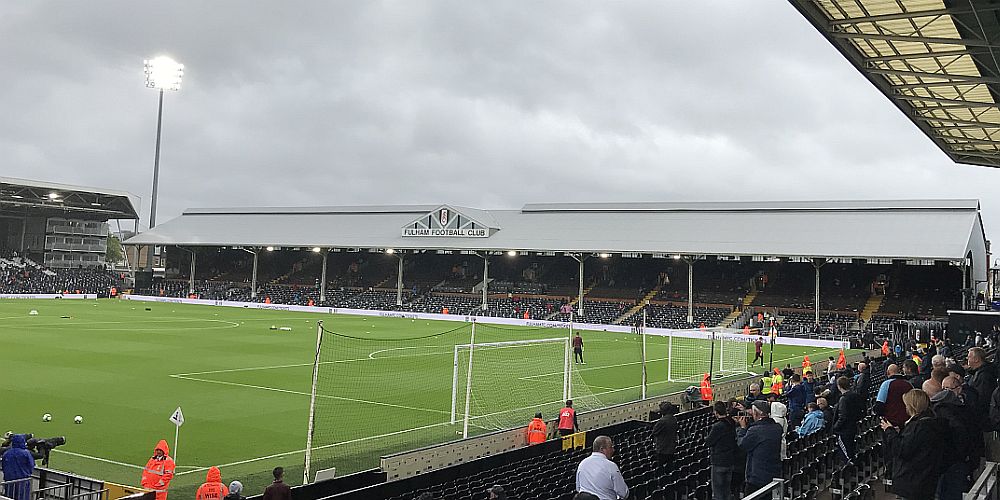 When Burnley arrived at Craven Cottage to take on Fulham yesterday it was eighteen years since we last won an FA Cup tie by three clear goals. That was a 3-0 win against Fulham in a fifth round replay at Turf Moor in 2003 and yesterday we equalled that with as emphatic a victory as we’ve seen in a long time in this competition.

Our week on the road started in London eight days earlier at West Ham and a start none of us would particularly wish to remember. We travelled back to the North West and Liverpool last Thursday on a night that none of us will want to forget and now back in London for this cup tie and a London that was on the verge of a national crisis given that snow had fallen.

The pitch was white not much over an hour before kick off but by the time the teams were ready to come out it had been cleared but a real throw back to my early days watching football with all the line markings in blue.

James Tarkowski led us out with the captain’s armband and somewhere behind him was Dwight McNeil. As expected it was a much changed Burnley team and they were the only two who had started at Liverpool to remain in the starting line up. Fulham made just one less change than us with Scott Parker shuffling his pack with eight changes.

Embed from Getty Images
There’s always a concern. We’ve seen it so often in recent years when we’ve made wholesale changes that the performance has not really come up to scratch given the quality of player out on the pitch. We needn’t have had those concerns this time; this was an outstanding Burnley performance almost from start to finish and I’m sure Fulham will have left the pitch relieved only to have lost 3-0.

Matěj Vydra, who partnered Jay Rodriguez up front, had the ball in the Fulham net early in the game only to be ruled offside. Aleksandar Mitrović suffered the same fate at the other end in a rare Fulham attack but it seemed that Vydra would be the man to break the deadlock. Everything seemed to fall to him. He put another effort just wide and had one shot saved by Fulham keeper Marek Rodák.

With Dale Stephens and Jack Cork pulling the strings in midfield it was one way traffic for much of the time and just past the half hour we finally broke the deadlock. After winning the ball back there was some good passing play for Burnley that led to Rodriguez playing the ball out to Cork on the right win. In just his second game back from injury, Cork’s cross was perfect for Jay Rod to dive forward and head home into the corner.

That goal separated the teams at half time and Fulham must have been mightily relieved to be just one goal behind while Bailey Peacock-Farrell must have been desperate to get warm having had precious little to do stood in front of his goal at the Putney End.

Embed from Getty Images
There had to be a response from Fulham and there was. They had their best spell at the start of the second half and at last our goalkeeper had something to do, and he did it really well. He made one terrific save that became a triple save but he was soon left with a quiet afternoon again although he had one more save to make and he did, getting enough on it to allow Tarkowski to clear the ball off the line. By then the game was up for Fulham in any case with Jay Rod having got his second.

It came when Vydra was pushed over in the box. Now, we don’t get many penalties; to get two in a matter of days really does take some believing and we’ve had more obvious ones given although there is a clear push. Up stepped Jay to hammer it right down the middle.

Fulham knew they were beaten and to rub it in we got a third. A cross from the left eventually found Jόhann Berg Guðmundsson on the right. His ball back in was headed back by Vydra for Rodriguez who shouldered it down to, of all people, Kevin Long who slid the ball home for number three.

That was it, a fifth round place booked and a home game against Bournemouth or Crawley. This had been a damn good team performance. Jay, with two goals, will get the plaudits and that’s fully deserved, but there were good performances right across the pitch and none more so for me than the two in central midfield.

Embed from Getty Images
It’s back to the league now for a time and even a return to the Turf for a game against Villa this Wednesday when I expect the team to be similar to the one that played at Anfield. What we proved yesterday was, with virtually everyone fit, we have a strong squad.

Scott Parker can whinge about long balls but we proved above anything on the day that we were just too good for Fulham.

Is this now a cup run? I suppose it is and it’s only the second time we’ve reached this stage in the last ten seasons. As much as staying in the Premier League is important, you can’t beat a cup run.