The search for the Up the Clarets Player of the Year is underway and this season it is more than likely that there will be a new name on the honours board.

Ben Mee was our first winner in 2016/17 and he was followed by Jóhann Berg Guðmundsson who took the award as the Clarets won a place in the Europa League qualifiers. Since, in four successive seasons, James Tarkowski has lifted the title but the field is open since his move to Everton. 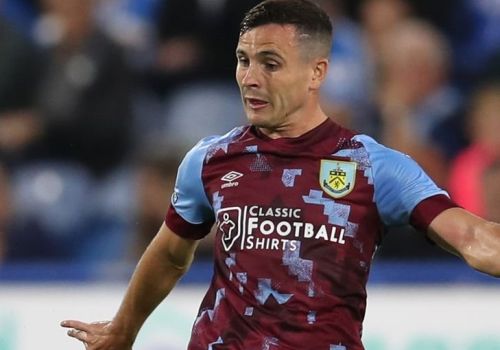 There were twenty-two points won from the opening win at Huddersfield with Josh Cullen, one of six debutants in the starting eleven, very much claiming the honours from game number one, picking up the maximum by winning both the man of the match vote and the player ratings.

It was very much a battle between two of the debutants in both. Cullen, who had an outstanding debut in the midfield, polled 46% of the vote for the man of the match but he had to fight off goalscorer Ian Maatsen; he wasn’t too far behind with 41% of the vote.

That left few votes for the remaining players but it was two of the three longest serving players on the pitch who took third and fourth places. Jack Cork came third with just 4% while Charlie Taylor, with 2% of the vote, was able to claim fourth place.

The player ratings were high, as you would expect after the performance, but the same top two were clear of the pack again with Cullen scoring 8.79 out of ten to win and Maatsen again not too far behind with a rating of 8.74. Cork was again third; his rating was 7.98 while Josh Brownhill claimed fourth place this time with a rating of 7.82 out of ten.

This result has given Cullen ten points towards the player of the year with Maatsen winning six points. There were four points for Cork while both Brownhill and Taylor got off the mark with a point apiece.

There is a long way to go, and there will be lots of twists and turns. Around six players led the table last season before Tarkowski moved clear in the latter part of the season, but it’s a good start for Cullen and Maatsen who both turned in exceptional performances in a superb team performance.

The full result is below with the opening table and the next vote will be underway this Saturday after the first home game of the season against Luton.