Cup night for the under-23s

The under-23s will play their third game in this season’s Premier League Cup tonight with the away fixture against Everton which is being played at Southport’s Haig Avenue. 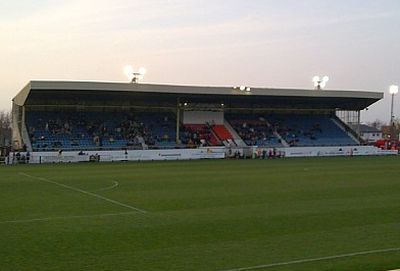 We currently sit top of Group D with three points from two games although above Peterborough and Sheffield United only on goal difference. Everton, our opponents tonight, are still without a point but, like Peterborough, have only played one game.

Our defeat against Peterborough last Tuesday was a shock. It’s our only defeat in the last seven league and cup games and we recovered from it with a very comfortable 2-0 league win against Middlesbrough three days ago.

Our opponents Everton are a division above us in the league, playing in Premier League 2 Division 1, but they haven’t had the best starts to the season and currently sit next to bottom with just two wins from their opening seven games. Both wins have come in home games at Southport against Derby and Leeds.

Kick off tonight is 7 p.m. and Everton, who are coached by former Claret David Unsworth, are streaming the game live on YouTube.