Cup night for the under-23s at Accrington 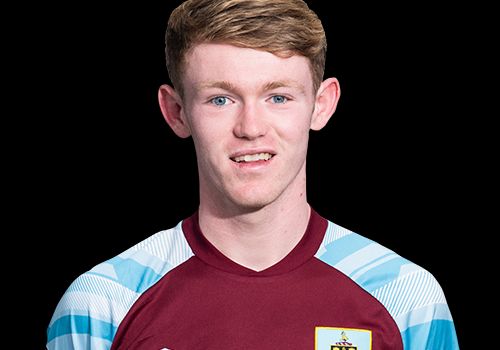 Having enjoyed the big win against Newcastle United last Friday in Premier League 2, the under-23s turn their attentions tonight to the Lancashire Senior Cup and a semi-final against Accrington Stanley at the Wham Stadium.

We have won through to the last four with wins against Barrow and Bolton. It was way back in November that we came through at Gawthorpe against Barrow via a penalty shoot-out after a 0-0 draw. We won the shoot-out 4-3 with us still having one left to take. Owen Dodgson, Finlay Armstrong and Michael Mellon were on the spot for us with Jake Rooney (pictured) scoring the match winning penalty; Mellon had previously failed with a penalty during the ninety minutes.

That took us to Bolton last month and eventually a comfortable 3-0 win. The score was still 0-0 as we moved into the last twenty minutes but then two goals from Dara Costelloe either side of one from Lewis Richardson so us go through.

Accrington did East Lancashire a big favour in this season’s competition back in September, beating Blackburn 3-1 away in the first round and then repeating that scoreline in the quarter-final, away again, at Wigan.

By the time we play tonight, the eventual winners will know their final opponents with Liverpool and Blackpool playing in the other semi-final this afternoon at Liverpool’s Academy.

Kick off at Accrington tonight is 7 p.m. with admission £5.