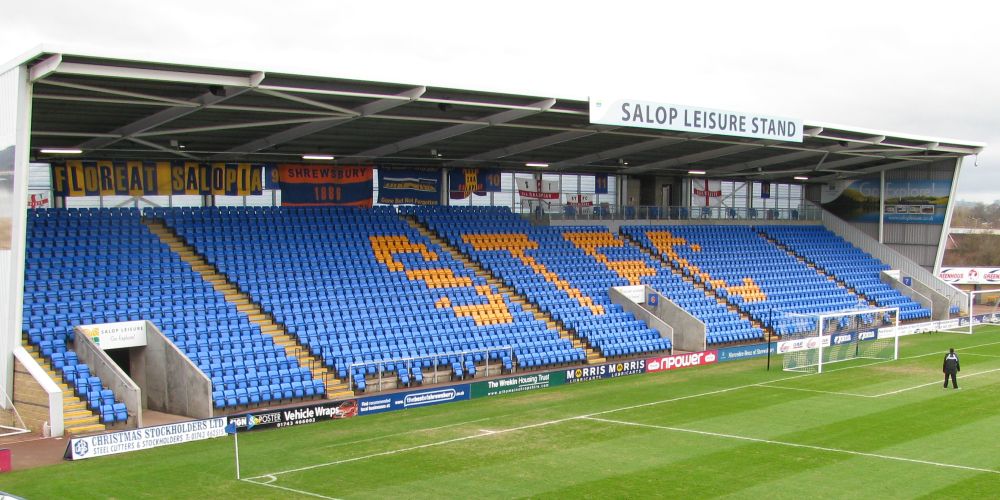 For the second time in just over five weeks, we head to Shrewsbury Town. Last time it was for a friendly but tonight it is in the second round of the League Cup.

Ask most Burnley fans about this competition and they’ll be quick to tell you that we get knocked out at the first opportunity every season, but that’s not been the case. In each of the last two seasons we’ve reached round four before going out against Manchester City and Spurs.

There have been some nightmare knock outs though in recent years, at Port Vale, at Accrington, at Burton and, more recently, at home to Sunderland when they were struggling in League One. It was always said that Sean Dyche didn’t prioritise cup ties and he did always say that the club’s priority was to stay in the Premier League.

Will it be different tonight? Now, our priority is to get back into the Premier League and Vincent Kompany has made it clear there will be changes to the team, and I would expect several. I’m sure we will finally see CJ Egan-Riley make his competitive debut, the only one of Kompany’s signings still to feature, and there is likely to be game time for players such as Owen Dodgson, Adam Phillips and Bobby Thomas.

Shrewsbury boss Steve Cotterill has also confirmed that he will be giving younger players an opportunity although they, of course, have already played in the competition this season and they didn’t do much in terms of changes for that game.

Their one win in the league came at Wycombe, where they won 1-0, but they have reached tonight’s second round tie with a 3-2 home win against Carlisle. They trailed 1-0 that night but levelled through Luke Leahy before going in front with a goal from Dan Udoh. Carlisle drew level some nine minutes from time but Chey Dunkley, who played for our reserves on trial at the end of the 2011/12 season, won it for Shrewsbury four minutes from the end of normal time.

One member of their side that night has previous in this competition against us. Tom Flanagan was not only in the Sunderland side that beat us three years ago, he scored their second goal.

We’ve played them just once previously in the League Cup, drawing 1-1 at Gay Meadow when Willie Morgan scored against a Shrewsbury team including former Claret Trevor Meredith.

Our most recent competitive game there was in April 1997. We led with a Paul Barnes goal but Shrewsbury won 2-1 with two goals in the final ten minutes. They equalised with a Chris Brass own goal with Dean Spink scoring the winner.