Tendayi Darikwa has today left Nottingham Forest after three and a half years at the City Ground and moved to Wigan Athletic on a short term deal until the end of the season.

It’s a long time since Darikwa played any first team league football. He was in the Forest team that beat Swansea 2-1 on 30th March 2019 and hasn’t featured since during which time he’s suffered and recovered from a cruciate ligament injury. His only football in almost 22 months has been for Zimbabwe. 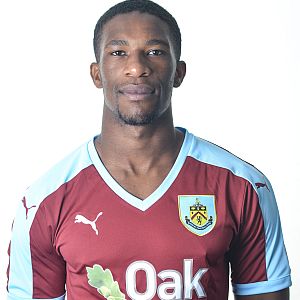 Forest, in a very brief statement, thanked him for his efforts and wished him well for the future.  He’s signed for Wigan for whom Leam Richardson is currently in charge and he was Darikwa’s assistant manager at Chesterfield during the time Paul Cook was manager.

“I hope to help the team as quickly as possible. I’ve looked at the league table, of course we are in a tough position at the moment in the league. I think we have enough quality to get out of it. I want to come in and help the lads and hopefully move up the league.

“I’m fit and have been training with the first team at Forest since I came back from my injury and I haven’t missed a session. I’ve played a few international games as well and I came through them very well. It’s important now to play some competitive games at first team level, help the lads and hopefully get some wins as quick as possible.”

Darikwa’s reference for the move was Latics’ assistant manager Leam Richardson, with the pair previously working together in a successful period at Chesterfield.

He added: “I spoke to Leam a few times over the past couple of weeks on the phone. He’s someone who has had a big effect on me at the start of my career when I was at Chesterfield so it’s nice to come in and help him out and, hopefully, together we can move up the table.

“First and foremost, I’m a defender so I want to come in and help the team be solid at the back. I also want to help the team get up the pitch and use my pace and my energy, so I can hopefully get a few assists and try and nick a few goals if I can.”