Former Claret Dave Smith, who was the regular right-back in the Burnley team in the two seasons prior to the title winning side of 1959/60, sadly passed away two days ago at the age of 88.

Smith joined Burnley in 1950 as a youngster and made his first team debut in April 1955 at Spurs in a 3-0 win for us with Bill Holden scoring twice and Brian Pilkington also on the scoresheet. Unfortunately, his playing career was blighted with injuries and he broke a leg on no fewer than five occasions but he still played 99 Football League games for us. 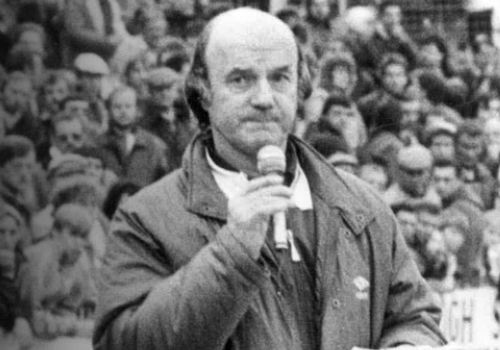 Despite all the injuries, he was very much first choice during the 1957/58 and 1958/59 seasons but injuries and the emergence of John Angus meant he didn’t play a single game as the title was won.

Smith was to make two more league appearances for Burnley. He played in the 4-4 home draw against Chelsea, his final Turf Moor appearance for the first team, and then played in a 6-0 hammering at Manchester United.

He was released at the end of that season but went on to play for Brighton and, briefly, Bristol City before further injuries forced him to hang up his boots. To add to his 99 league appearances for Burnley, he played just another eighteen times.

The Dundee born full back’s playing career was over at 28 but his football career very definitely wasn’t. He took his first steps in management as national coach of Libya, but learned as a coach with Sheffield Wednesday, Newcastle and Arsenal. At the first of those clubs, he worked under his former Burnley manager Alan Brown and then, under Joe Harvey, was coach at Newcastle when they won the Fairs Cup.

Eventually, in 1974, he stepped into management and was virtually in work for the next seventeen years. He started at Mansfield and then moved to Southend. He was in charge at Southend when we beat them there 4-1 to clinch promotion from the old Third Division in 1982.

He left Southend after seven years, had a break, but then returned to manage Plymouth and Torquay, either side of a return to Scotland with Dundee. His final act in management was to win the 1991 play-offs with Torquay, beating his former club Burnley in the semi-finals.

Dave leaves behind his wife Joyce and we would like to pass on our condolences to her, his family and friends at this sad time.

The photograph was taken during Dave’s time at Plymouth and we would like to thank them for use of the photograph.