David Jones back in football with Wrexham

It was 14th January 2020 when former Burnley midfielder David Jones played his sixth and final game for Oldham Athletic in League Two, those being his only games since leaving Sheffield Wednesday at the end of the previous season.

But Jones, an influential player in both our 2013/14 and 2015/16 promotions, returned to football yesterday, signing a one-year player/coach deal with National League Wrexham. 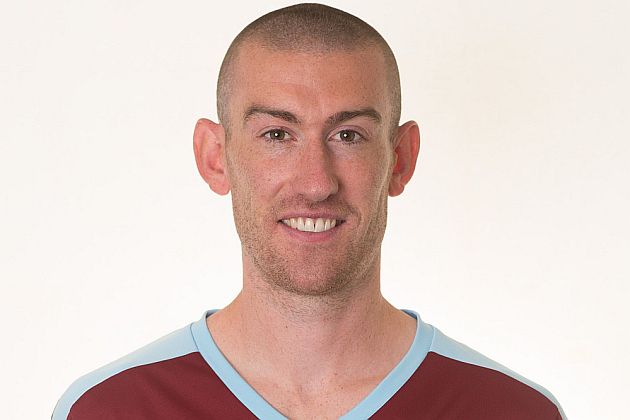 He has trained with the Clarets during this time, he spent time training with Barrow too while he’s also done some coaching in our academy. He’s done all that while studying for a master’s degree in Sports Directorship.

This summer, at the age of 36, he’s been training with Wrexham where he started out as a young player in their centre of excellence before moving on to Manchester United. He’d wanted a return to playing and he said on signing his deal: “I’m delighted, I’m excited and I can’t wait to get started. It’s been really good to get a lot of game time recently, as well as the good training, so I’m feeling good and ready to go.”

“I’m delighted to get David signed,” Wrexham manager Phil Parkinson said. “He’s an excellent professional and will help to drive standards on the training pitch this season. The coaching role will now evolve as we move forward. David’s focussed on getting as fit as he can and making an impact on the pitch.”

Having signed for Burnley on a free transfer in the summer of 2013, he formed a midfield partnership with Dean Marney and played every game as we won promotion to the Premier League, his third such promotion; he’d previously achieved that with Derby and Wolves.

Joey Barton was his partner to years later; this time he missed just five games, but, having played in the opening Premier League game in 2016/17, he surprisingly moved to Sheffield Wednesday with Burnley immediately bringing in Steven Defour. He’d played almost 130 games for us in three years.