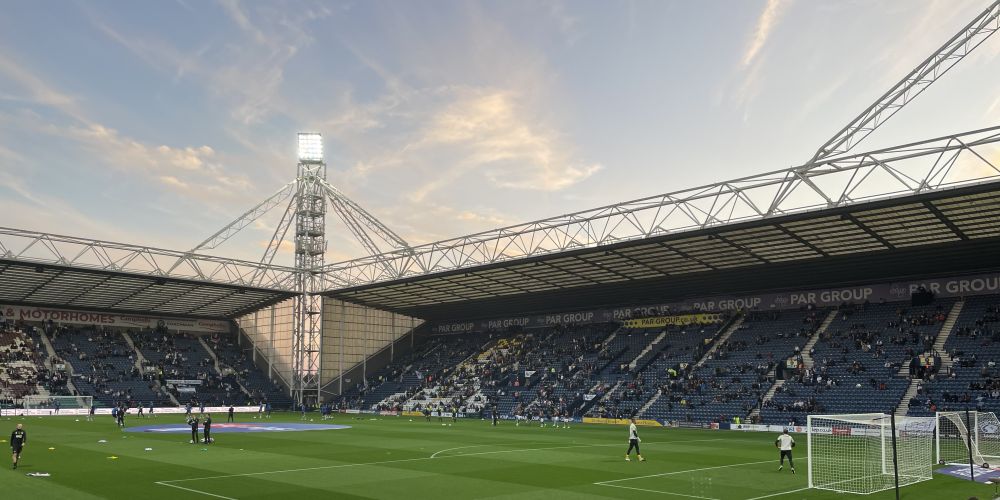 Two goals from corners in the opening quarter of an hour gave Preston and Burnley a point each from a 1-1 draw at Deepdale on Tuesday night this week.

Both goals were scored by defenders. Taylor Harwood-Bellis, with his first ever goal at first team level, gave us the lead before Jordan Storey equalised for North End on a night when we totally dominated the game.

Short away trips are the norm this season. We have four in the North West alone and this is the third we’ve encountered this season following on from Huddersfield and Wigan where we won on both occasions. They hardly feel like away trips; we were parked up near Deepdale almost as quickly as I can get to the Turf.

With members of our group travelling in three different cars, it meant meeting up outside due to the postponement of the Norwich game which meant I still had all the tickets. I haven’t previously commented on that postponement and I appreciate there wasn’t a right or wrong thing to do, but I’m not sure a blanket ban on the sport was necessary. There were suggestions that the authorities were concerned how football fans would react. Really?

The opportunity for supporters of Preston and Burnley came just before kick off. The PA announcer, who got it slightly wrong around five minutes before the teams came out in suggesting that Russell Watson would be singing God Save The Queen, got it absolutely right once the teams were lined up, as did Preston North End Football Club. The supporters? They observed the minute’s silence impeccably and then joined in with the National Anthem. A huge well done to everyone involved. 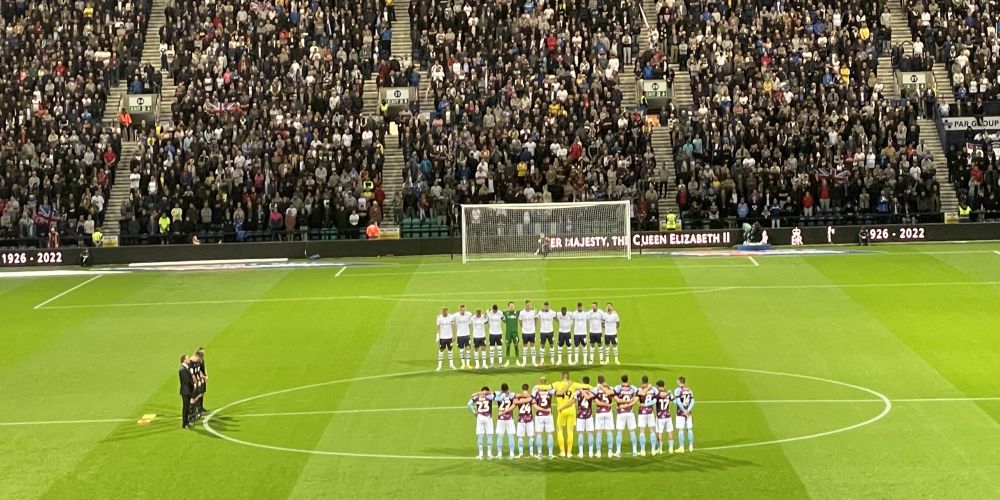 We showed one change from the team that had kicked off at West Brom. Ian Maatsen dropped to the bench and that saw Vitinho move to left-back with Manuel Benson coming in for his second league start on the right wing. In his previous start at Watford, I felt he was targeted by their players with some strong challenges in the opening minutes. The same happened here with former Claret Robbie Brady tasked with dealing with him. Brady could quite easily have been sent off in the opening few minutes. His kick at Benson in the first minute and the shirt pull were both worthy of yellow cards. Referee Peter Bankes, generally, had a decent enough game but he was lax in dealing with the physicality of the home side and I bet they were so thankful to end the game with just two yellow cards.

After an opening few minutes that saw Bankes repeatedly blowing for Burnley free kicks, we got our first opportunity when the ball was played into the box to the right of goal. Jay Rodriguez got onto it, fired in a shot from a tight angle from which he won a corner. Taken by Josh Brownhill, it found Harwood-Bellis whose movement had created space for himself and he headed home off the post much to the delight of the five and a half thousand at the other end of the ground.

I’ve referred to the impeccable behaviour of the supporters ahead of the game but I have to report serious concerns over some during the celebrations. It seems it’s now obligatory to release smoke bombs, usually in claret and blue, with no concern for the welfare of anyone else.

It’s not just when goals are scored either. In the previous game at West Brom, I got caught up in this activity on the concourse ahead of the game. It’s a major problem for me personally with my breathing issues, and I saw one steward there seriously struggling. More than that, I believe someone was hit by one at Deepdale and it is only a matter of time before someone gets seriously injured. Please stop it lads before it’s too late.

Embed from Getty Images
It held the game up for around two minutes so it wasn’t much more than three playing minutes before Preston were level. They won two corners on the right in quick succession, the second of which caused the damage. It looked like chaos in our box, Arijanet Muric slipped and Storey headed towards goal. Josh Cullen appeared to clear it off the line but he’d come from a position so far behind the line, the ball crossed, the referee got a signal on his watch and the teams were level again.

The equaliser seemed to have a big effect on our play. For the next few minutes we were caught in possession a few times and gave the ball away too easily, but it was for just a few minutes, after which we regathered our composure and went on to dominate the rest of the half.

This was when the game should have been won. We created chances but didn’t put one of them away and the 1-1 half time scoreline hardly reflected the first half of the game.

The second half started in much the same way. We had an early shot go just wide but Preston, whose one attribute seems to be the ability to defend, did just that. They denied us space and forced us to play in front of them. It was almost like a training exercise at times but try as we might, we just couldn’t find that crucial opening.

What the second half did give us was the opportunity to see two more of our new signings in action for the first time. Just past the hour, Charlie Taylor, who has played so well in his new role in the centre of defence, went down and was replaced by Jordan Beyer. Although never really put under any pressure, I thought he looked very comfortable alongside Harwood-Bellis.

Soon after, Anass Zaroury made his first appearance. He replaced Nathan Tella who had succumbed to an injury after a quiet game playing as a left winger, rarely coming inside. Zaroury, I have to say, really impressed me on his brief time on the pitch.

Embed from Getty Images
When Maatsen came on, he partnered with him down the left and suddenly we looked a threat. It took until stoppage time but twice they created opportunities with both hitting dangerous low balls into the box having got to the line, although the game ended with us having to defend a corner.

This was a game we should have won. We were better than Preston, but the one concern is that we didn’t have one single effort on target in the second half against a team who, admittedly, are the best defensive side in the league.

But Beyer and Zaroury offered more positives and there’s still Halil Dervişoğlu to come, and I need him to play to get used to spelling his name.

We’re still fifth in the table and we all know we should have more points than we have. There is a concern that we’ve already dropped six points from winning positions and that’s two more than in the entire 2015/16 season when we last played in the Championship.

It might not feel like an away trip when it’s so close but it is good to get home from night games so quickly. It’s not often I can go through the front door before 11 p.m. after a midweek game.