Depleted Clarets on their way to the Palace 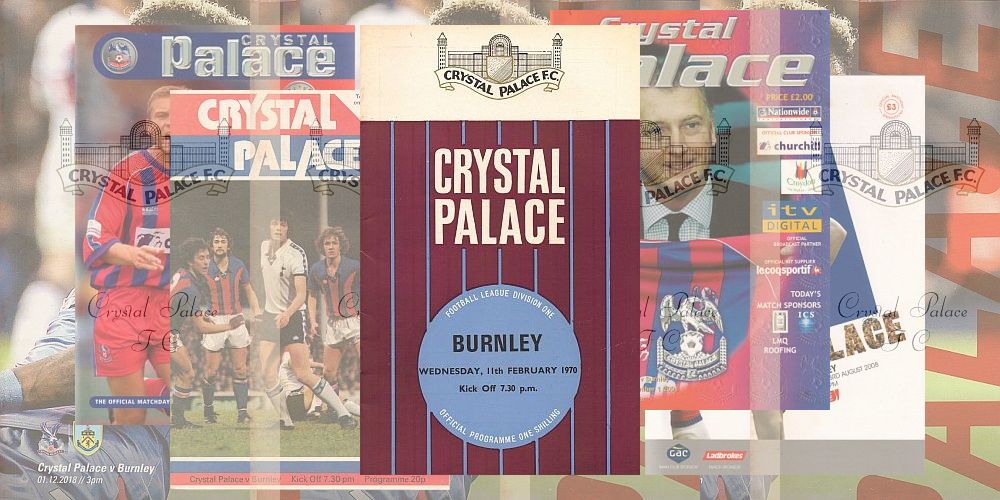 The games are coming thick and fast now and tonight sees us make the long journey to Crystal Palace as the two teams battle it out to try and win places in the top half of the Premier League.

We go into the game just outside in 11th place; Palace are one place above us courtesy of a goal difference that is two better than ours.

Sadly we go into the game with the situation between the manager and the chairman hardly resolved and in the last couple of days the name of Mike Rigg has been thrown in as a side attraction in a situation that is becoming very disturbing for Burnley supporters who really are beginning to worry that we could lose our manager in the near future.

This season, no matter what happens now, is going to be, at worst, our second best season in the Premier League. Last Thursday’s win against Watford has taken our points total to 42, beating the final total of 40 achieved in both 2016/17 and 2018/19 seasons and behind only the astonishing 2017/18 season when we won an incredible 54 points. And we still have seven games to play.

The squad remains depleted and with no immediate sign of any additional players being available to Sean Dyche, but it was welcoming to see Phil Bardsley back in the match day squad last Thursday having signed a new deal to keep him at the Turf for a further year.

Embed from Getty Images
Bardsley is the oldest member of the squad. He celebrated his 35th birthday yesterday on the same day as Dyche who is now 49. He’s said ahead of tonight’s game that leaving Burnley was not something he wanted to do.

“I was always committed to staying,” he said. “I made my feelings clear a long time ago, I’d like to continue at Burnley and thankfully that’s happened. It took a little bit of time to get sorted but I’m delighted with the outcome of it.”

Despite reaching 35, he’s not ready to step down yet. “I believe I’ve got loads left in the tank and to play at this level for another year is what I wanted to do. I’m delighted to be back involved and to have signed a new deal.”

Although we are short on numbers, Bardsley does think that having picked up as many points as we have will help us get even more in the forthcoming games. He added: “We are short of bodies at the minute, which is difficult, but thankfully for us we’ve got enough points on the board to be able to play with that freedom.

“Once you get to that start and you do play with freedom, you pick up points naturally, and if we could to that over the remaining games and finish in the top ten it would be brilliant.”

Bardsley was one of the surprise absentees at Manchester City a week ago, along with Joe Hart, Jeff Hendrick and Aaron Lennon, three players who have now all left the club. He returned to the bench against Watford on a hot evening when Dyche named an unchanged team.

I’m sure he’ll be hoping to do that again tonight. He’s still without Jόhann Berg Guðmundsson, Robbie Brady, Ashley Barnes and Chris Wood. Dyche has said because of Guðmundsson’s injuries this season they are being careful with him and of Brady he said he could train again before we play Palace. Of the two strikers he suggested that Wood was ahead of the curve whereas Barnes was behind it. He’s since said that there is a slight chance of some of those players being available for the Sheffield United game next Sunday.

The big problem facing him now is the injury Jay Rodriguez sustained in the win against Watford that forced him off the pitch eight minutes after he’d scored the only goal of the game. The foot injury doesn’t appear to be a problem but there was a tightness in his hamstring and the question is whether he’ll be ok.

Crystal Palace will be playing at home tonight for the first time since they beat Watford 1-0 on 7th March with a goal from Jordan Ayew. Their two games since the restart have both been away from Selhurst Park. One of those two games was a very comfortable win although they were well beaten in the second.

They won 2-0 at Bournemouth with goals from Luka Milivojevic and Ayew and it could have been a more comprehensive win. However, a few days later they found Liverpool in irresistible form at Anfield and fell to a 4-0 defeat.

That defeat at Anfield ended a run of four successive wins, all without a goal conceded. Prior to the Bournemouth win, and before the shut down, they beat Newcastle and Watford at home, either side of a win at Brighton with the score 1-0 in all three.

The one thing they don’t do particularly well is score goals at home. They’ve got 12 and that’s four goals less than the next lowest, Newcastle and Southampton. They have relied on Jordan Ayew  to a large extent for goals. He’s scored seven with no other player having netted more than three goals.

Embed from Getty Images
Like Sean Dyche, Roy Hodgson has injury problems. Three players, Martin Kelly, Jeffrey Schlupp and James Tomkins are all long term absentees. Tomkins, in early February, was the last of them to play and Hodgson confirmed: “No chance of them being fit for the game on Monday.”

There are three other doubts for him. He’s optimistic that goalkeeper Vicente Guaita will make it and hasn’t written off the chances of Christian Benteke and Wilfried Zaha being available. This was a couple of days ago and the manager said of Zaha then: “We’ve still got two days and he was having treatment this morning. He didn’t take part in training, of course. We are still hopeful that these next couple of days will see him recover from the minor injury he picked up in the warm up (at Liverpool).

Besides there being no fans inside Selhurst Park for tonight’s game, the home side will also be without their mascot Kayla who sadly passed away last week at the age of 28 following a heart attack. Watching her pre-match last season was undoubtedly the highlight of the day and she’s always been a welcome attraction pre-match at Selhurst Park since becoming the club mascot.

It was very much a forgettable experience, a game played on the first day of December 2018. We went into the game in 17th place in the Premier League but by the end of the day we were next to bottom.

We conceded an early goal and by half time we could have no complaints that we were a goal behind. The second half was worse; it was one way traffic and not once did it ever look as though we might get back into the game. It was no surprise when Andros Townsend got their second to complete an easy 2-0 win for the home side.

Embed from Getty Images
I wrote at the time: “There is absolutely no doubt now that this season is nothing more than a relegation battle. It’s one I do believe we can win and one I think we will win, but it is going to be a close run thing given the start we’ve made.” If anything, it wasn’t as close a run thing as I feared.

It could have all been worse. It was another game when Joe Hart came out as man of the match after keeping the score down yet again. There was another blow for the Clarets. He later played in a couple of FA Cup ties but when Sam Vokes replaced Steven Defour on the hour it proved to be the Belgian’s final league action for Burnley.