Director Holt hits out at early Scunthorpe kick off

Burnley Football Club director Clive Holt wasn’t a happy man in 1992 with the decision to force the Clarets to play an important Fourth Division game at Scunthorpe on a Saturday morning.

Not for the first time we were being forced into an 11:00 a.m. start at Glanford Park for the game to be played on Saturday 15th February and Holt joined the vast majority of Burnley fans in feeling that it was totally unnecessary.

With some Burnley fans unable to go to the game because of the ridiculous kick off time, and the sheer inconveience of it to others, both supporters and team, there had been strong words from Burnley’s supporters organisations against the decision to once again kick off whilst normal people were still enjoying their breakfast.

Such was his disappointment at the decision that Clive just about joined forces with the fans and he penned an open letter to the Scunthorpe Police that was published in full in the Burnley Express.

We have published the letter in its entirity below.

I am a director of Burnley Football Club and my views following may not necessarily be those of my colleagues or the football club.

For the third year running the match between Scunthorpe and Burnley is going to be a morning kick off, presumably requested by local police. I personally feel this is unreasonable. Could it not be reconsidered, bearing in mind the record of our Burnley fans, home and away, over the past two or three seasons.

What would the local police do if Scunthorpe were to be drawn against Liverpool in the FA Cup – play at 8 a.m.? 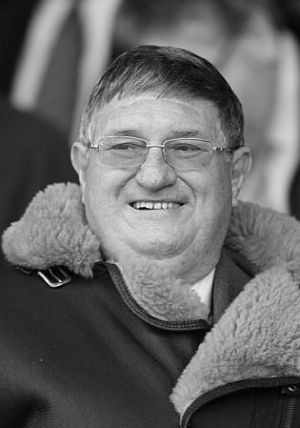 1. It is a Fourth Division Match.

3. It is a new stadium , out of town and purpose-built to include all current standards.

4. Burnley fans have an excellent record of good behaviour over the last three seasons.

The 11 a.m. kick off has no doubt been requested by the police to reduce the crowd. I would request that the police read the national press coverage of Burnley’s recent trip to Derby, where we lost 2-0. Over 4,000 Burnley fans attended and were a credit to the club.

I am certain that if you asked any club we have visited this season and the Burnley Police they would agree that this is a far too cautious approach.

League football is for the fans. The police have a difficult job, but they are public servants.

There is also a financial aspect to this. It will no doubt cost Scunthorpe United between £7,000 and £10,000 in gate receipts and Burnley a four figure sum. An 11 a.m. kick off will mean an overnight stay for the team, an extra day’s coach hire and hotel costs which would not be the case with a 3 p.m. kick off.

There is also the problem that some Scunthorpe and Burnley fans have to work Saturday mornings and will, therefore, miss the match.

So come on Scunthorpe Police – arrange this for 3 p.m. and give the fans a decent opportunity to see the game.

Football has done a lot over the past five years to make it a family sport again, and we are winning.