Former under-23 captain Oliver Younger has been on the move this week, swapping the red and white of Sunderland for that of Doncaster Rovers. 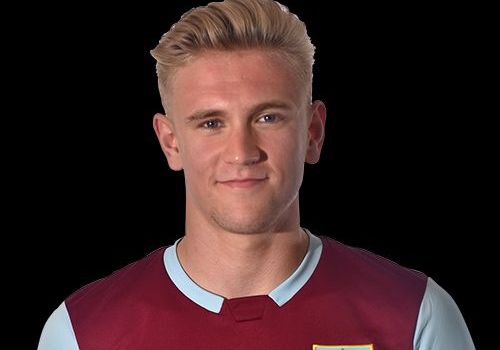 Younger, from a family of Clarets, came through the youth system at Burnley but moved on to Sunderland in the summer of 2020. While there, he made eight first team appearances including a League One debut in March last year against Rochdale.

He said on making the move to Doncaster: “I’ve got past that stage in my career where it’s all about learning and now I need to be on the pitch doing these things myself. Doncaster have presented me with a great opportunity to do so.”

Looking back at his time with the Clarets, he added: “I think everyone knows about Burnley and what they’re renowned for. Defensively, the coaching at Burnley is very good. They focus on the basics, as you can imagine, and I think it stands you in good stead for the future.

“I love putting my body on the line, blocking shots, defending, heading, tackling, that’s my favourite part of the game. I think I’m alright on the ball too, but first and foremost, my job is to defend and I’m looking forward to doing that.”

Oliver joins Tom Anderson, another former Burnley defender at Doncaster, although Tom has been out injured since mid-December.

We wish Oliver well at his new club.

He’s spent the last season and a half with Will Harris at Sunderland and he’s one of two former young Clarets to have featured in the Football League recently. Harris has joined Barrow on loan and added to his Sunderland appearances last week in Barrow’s 2-0 win at Colchester.

Full back Joel Senior spent a year at Burnley having signed from Curzon Ashton. He was at Altrincham until earlier this month before signing for Carlisle and he made his Football League debut three days ago, coming on as a substitute in the first half of their 0-0 home draw against Hartlepool.