Down one more place for under-23s

Defeat at Crystal Palace has seen the under-23s go down one more place to ninth in Premier League 2 Division 2 with our next opponents Middlesbrough the team who have gone above us. 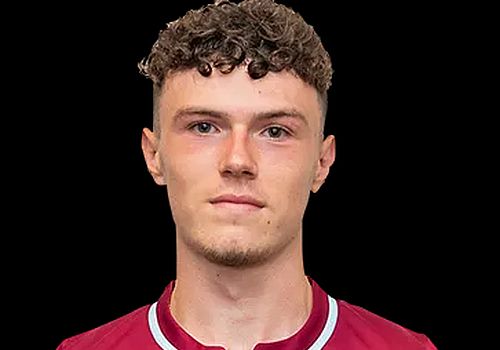 It took a late goal for Palace to beat us and take themselves into third place, but a Burnley win would have seen us now sitting in fifth place and above Palace in a table where the top two have again extended their leads with victories.

Second place Stoke beat Norwich 2-1 last Monday to move on to 27 points but they remain ten points behind leaders Leeds who secured a 3-0 win against Reading. In the only other game played in Division 2, the point Middlesbrough picked up in a 1-1 home draw against Sunderland was the one that took them above us.

Four games played in Division 2 and just three in Division 1. Last Friday, Manchester United recorded a 3-0 win against Arsenal while on Monday there were wins for Derby and Manchester City who took advantage of Spurs and Blackburn having no games to move three points clear at the top of the league. Their 6-1 win at Leicester included two goals each for German Felix Nmecha and Liam Delap who might not be able to throw the ball as far as his dad but looks to be a very much stronger goalscoring prospect.

This week’s games get underway today with both divisions staging games over the weekend running into Monday when ours, scheduled to be played at Curzon Ashton’s Tameside Stadium, will be one of five games played.

The player featured this week is  full back Connor Barrett who was signed from Leicester last summer.