Last week’s 1-1 home draw against Derby County has kept the under-18s in eighth place in the north group of the U18 Premier League.

Kian Le Fondre (pictured), recently signed from Bolton, scored his first Burnley goal in a league that is currently so tight that would have seen us drop two places had we lost but would have seen us sat in second place with a victory although some of the teams just below us would have been sat with games in hand. 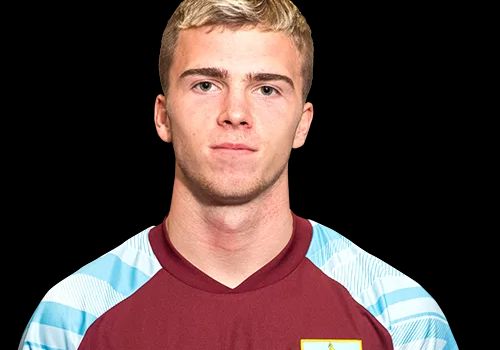 Everton currently sit second with eleven points, three more than us, but they are still some seven points behind leaders Blackburn who made it six wins in seven with a 3-0 win at Sunderland on the previous Thursday.

Nottingham Forest, in their first season, are currently bottom of the north group with five points but they are just one win from climbing a few places.

That’s not the case in the south where Norwich remain bottom and still awaiting their first point of the season. Any chance of rectifying that last week was taken away from them when their game at Tottenham became one of four games in total to be given new dates.

Fulham are still top in the south despite drawing 4-4 against Chelsea. That gave both Crystal Palace and Arsenal the opportunity to move into first place but both lost. Palace were beaten 2-1 at home by Birmingham with Arsenal losing by the same score at Leicester, a result that has now seen Leicester go second.

There is a full fixture list this week with the top two in the south facing each other.