Drinks on Chris Wood for the New Zealand Clarets 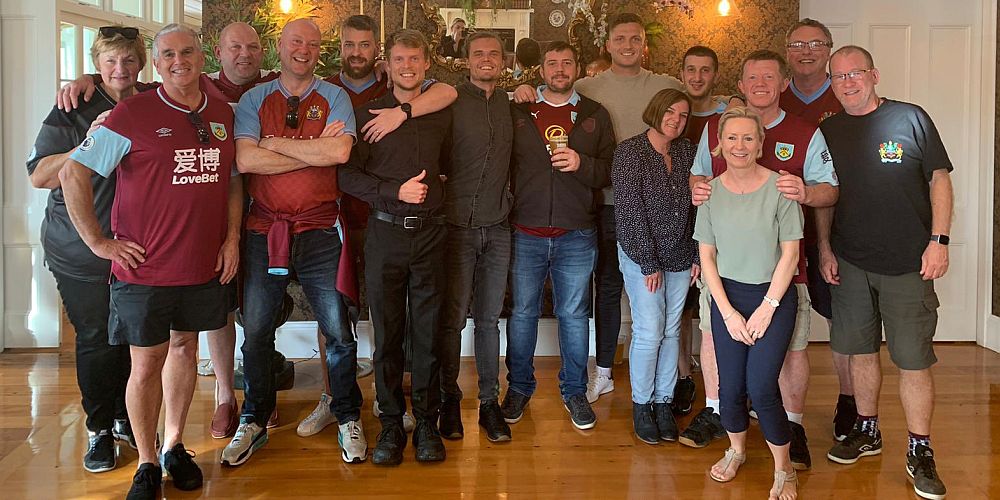 The New Zealand Clarets couldn’t wait for the new season to meet up following two successful weekends over the past fifteen months so they headed about an hour north of Auckland to watch the England v Scotland game from Wembley. 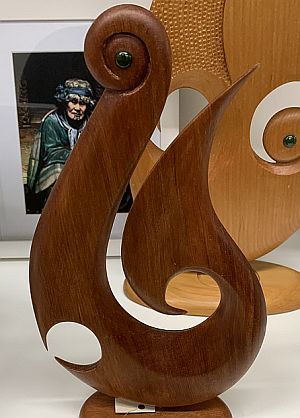 With them were two new members, none other than Chris Wood’s mum and dad Julie and Grant. Neither side knew it at the time but both were to receive gifts from the others.

The Clarets’ group had purchased a traditional Maori fish hook bone carving (see picture) to present to Chris via his parents at half time while Chris himself came up trumps; he’d arranged to pay for the drinks during the game and there is no doubt it took a few drinks to watch that ninety minutes.

There was another surprise for them too when they reached their venue at the Warkworth Hotel to find it is being run by two Italian brothers from Tuscany who are Burnley supporters and founders of Tuscany Clarets. They are pictured in the top photograph.

Those two previous weekend coincided with the home game against Spurs in March 2020 and the West Ham away game in January of this year, the first of them in Auckland and the more recent meeting in Wellington. They are now scheduling a meeting on the South Island before the end of this year.

If you are in New Zealand and you want more information on the New Zealand Clarets – just head over to our Supporters Clubs Directory for their contact information.

« Fantasy Premier League on the way
Never the same again »