The man of the match vote and the player ratings were back last week when we visited Tottenham Hotspur and, in the 5-0 defeat, it resulted in one player standing out way ahead of the rest after a difficult game and a disappointing performance. 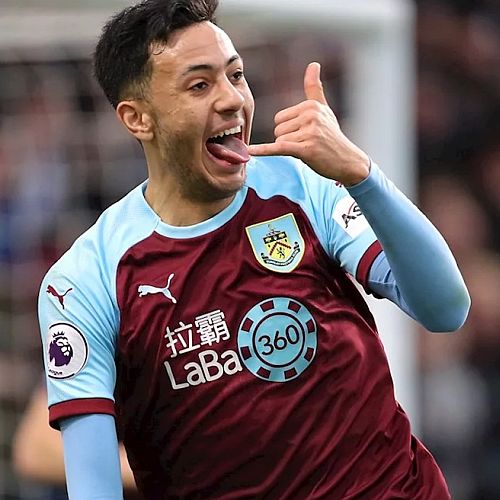 Dwight McNeil was singled out for praise by Sean Dyche and that was already being reflected on Up the Clarets as he took hold of both the vote and the ratings to win them comfortably.

He polled a massive 70% of the vote for the man of the match, leaving the rest of the players to pick up the scraps. Jay Rodriguez came second with just 8% and he was followed by substitute Matěj Vydra who took third place with a 6% share. Fourth place was shared by Robbie Brady, Matt Lowton and Nick Pope who all won 3% of the vote.

No player made a seven out of ten performance in the ratings, no surprise given how much we were second best, but McNeil was the winner with a rating of 6.87 out of 10. Rodriguez was again second; his rating was 5.39 while 5.13 secured third place for Pope. Fourth place was taken by James Tarkowski who scored just 4.91 out of 10.

The result gives McNeil the maximum ten points towards the Up the Clarets Player of the Year. There are six points for Rodriguez, three for Pope with Vydra winning two points. All of Brady, Lowton and Tarkowski won one point.

Those points have taken McNeil into second place in the player of the year table, one point ahead of Ben Mee. Pope edges closer to Mee too, he’s now just five points behind him in fourth place.

The next vote will follow tomorrow’s home game against Newcastle when, hopefully, the ratings prove to be considerably higher than last week.

The Spurs result is below along with the current player of the year table.

« The Gooners are goners
Youth game against Barnsley called off »