It was in the autumn of 2005 when Steve Cotterill brought in a hardly known 17-year-old winger on loan from Southampton and we saw him come on and score our equaliser in a 2-1 win against Millwall on a night when referee Richard Beeby showed four red cards. 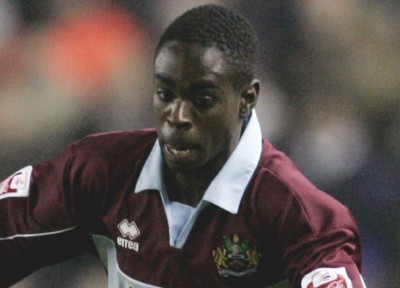 He was quick but inexperienced. He looked to have some potential until we arrived at Sheffield United and their left-back David Unsworth sorted him out. He wasn’t with us long. When Harry Redknapp did his disappearing act at Southampton, they recalled Dyer and he went on to play for their first team on a number of occasions while also having further loans with Sheffield United and Swansea.

He made his debut for Swansea in a 2-0 win at Burnley in January 2009 and they eventually signed him on a permanent basis. He was released at the end of the 2019/20 season having played over 340 games for them.

He missed one season at Swansea. He was allowed to go out on loan to Leicester in 2015/16. He made just twelve substitute appearances for them in the Premier League but returned to Swansea with a champions medal.

Without a club through last season, he’s today announced his retirement from the game at the age off 33. His final game came in March 2020 on the last weekend before the league shut down.

Dyer said today, in confirming the news: “I just felt now was the right time to announce my retirement from football. It’s been about a year that I’ve thought about this decision, and it’s not come lightly.

Dyer, who scored the goal when Swansea beat us 1-0 at the Liberty Stadium, might not easily recall that time at Burnley approaching sixteen years ago but, even at 17, he looked to be a young player with some potential.

« Benson from Burnley to Barnsley
New clubs for Chima and Daly »