Burnley have completed the signing of 19-year-old Manchester City defender Conrad Jaden (CJ) Egan-Riley today on a three year deal, a player City refer to as as mainly a centre back but a player equally as comfortable at right-back or in a holding midfield role. He’s signed a four year deal with the Clarets after we agreed a compensation package for the player who was out of contract. 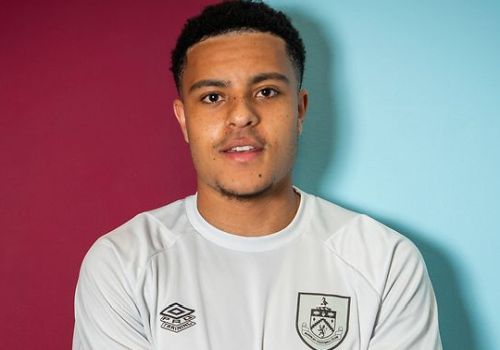 Although a regular in the City under-18 team of 2019/20, he didn’t play in their quarter-final win against the Clarets. In the following season he moved seamlessly into the under-23 side that won Premier League 2. Last season, he captained the team as they secured another Premier League 2 title.

Last season was also a breakthrough season with three first team appearances. The first came in a 6-1 League Cup home win against Wycombe. He played the whole game in that fixture alongside such as Kevin de Bruyne, Phil Foden, Raheem Sterling and Riyad Mahrez.

He played the full ninety minutes of their home Champions League game against Sporting before making a Premier League debut last month in City’s 5-0 win against Newcastle although on that occasion he was introduced as an 87th minute substitute for Aymeric Laporte.

Egan-Riley has been capped by England at every level from under-15 to under-19. He also qualifies to play for the Republic of Ireland and made two appearances for them at under-16 level.

He’s now linked up with former City defender Vincent Kompany as we increase our defensive options ahead of the new season.

On completing the move, Egan-Riley said: “I’m buzzing to be here; happy the deal is over the line and I’m a Burnley player. I just can’t wait to get pre-season started and get the season underway.”

Kompany added: “CJ is a player we have been watching closely for a long time. He is a promising and talented footballer with an excellent mindset and attitude. We are delighted he has agreed to join. CJ has shown a real hunger and he wants to learn and succeed at Burnley. He fits perfectly into our culture and he is a fantastic addition to our squad.”