He’s been favourite since Michael Duff departed for Barnsley, he was all but named by the Gloucestershire press over the weekend and Cheltenham Town have now confirmed that Wade Elliott is the new man in charge. 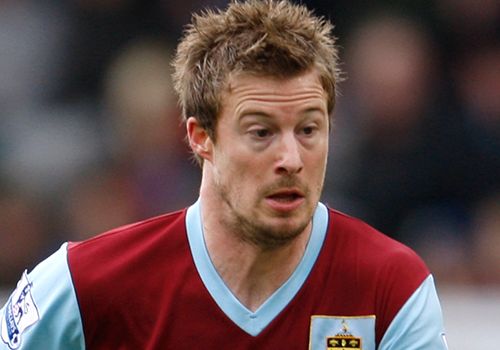 Elliott will become the third former Claret to manage Cheltenham, following on from Mark Yates and Duff, but he’s remained in the game since retiring as a player, coaching at Bristol City, Forest Green and Stoke before taking up a role working for his former Burnley team mate Duff.

He joined Cheltenham two summers ago as part of Duff’s backroom team but the two of them had been team mates at Burnley throughout Elliott’s time at Turf Moor which was just over six years between 2005 and 2011.

He actually made his Burnley debut in a somewhat boring 0-0 draw at Cheltenham, a friendly that was part of the deal that brought Duff to Burnley but it won’t be that game for which Burnley fans will remember him. He had some outstanding seasons in claret and blue, culminating in the goal he scored at Wembley against Sheffield United that brought Premier League football to Burnley for a first time.

Burnley fans have shown a great deal of interest in Michael Duff’s management success at Cheltenham and will be hoping that continues for him at Barnsley. The same will be afforded to Wade Elliott, a former player who is always guaranteed a warm welcome at Turf Moor.