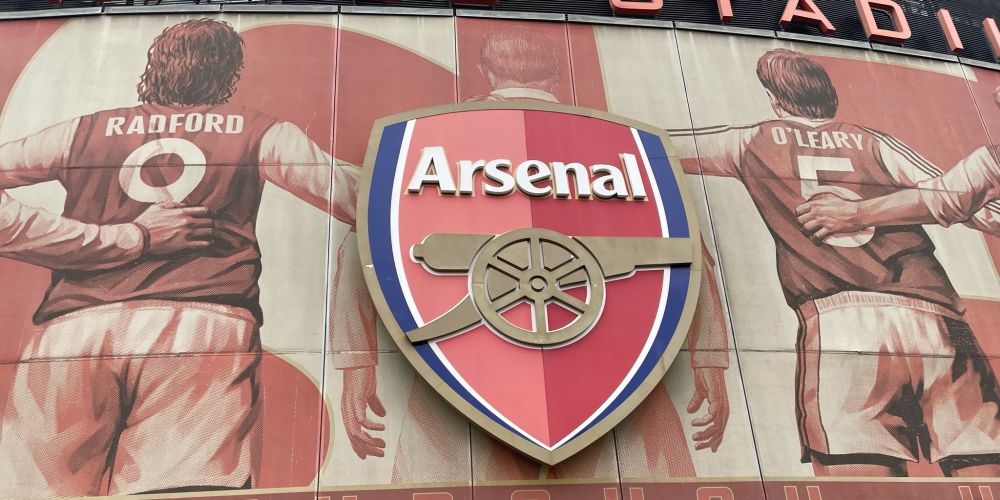 Burnley ended a run of three consecutive defeats, two of them in the Premier League, with a battling display to earn a point from a 0-0 draw against Arsenal at the Emirates yesterday.

It was a battle at times, and we had to defend well, but this was the Burnley we’ve come to know and love over the past few years, a team prepared to put their bodies on the line and fight for every single ball.

The performance and the point made it an enjoyable day out that started at 7:30 yesterday morning for what was my first long distance away game since goals from Ashley Westwood and Matěj Vydra gave us a 2-1 win at Southampton fast approaching two years ago.

It was a comfortable journey down via the M1 to pick up a new member of our travelling group who lives in Worksop, and we were parked up just after noon at our regular spot at Cockfosters to travel in on the Piccadilly line to Arsenal station.

Embed from Getty Images
I’m not sure just how many times I’ve written in reports that Sean Dyche named an unchanged team but not this time. For a variety of reasons there were six changes from the team that started at Leeds in our previous Premier League game with all of Nick Pope, Connor Roberts, Erik Pieters, Josh Brownhill, Jay Rodriguez and Vydra named in the starting eleven with a special mention for Roberts who, having got his league debut for us as a substitute at Newcastle, has suffered a serious illness. More than anything it’s good to know he’s fit and well again.

Arsenal were able to field a very strong side. There was no Pierre-Emerick Aubameyang of course, a player who has enjoyed scoring against us since he signed for them. He’s also netted one for us of course. There was no Granit Xhaka either. That was a disappointment; it meant Arsenal would have a better chance of ending the game with eleven players on the pitch. He was suspended following his latest indiscretion while Thomas Partey also had a watching brief for the same reason.

There’s no doubt that Arsenal had more of the ball in the first half but I never though we were second best. Pope made one good save, they missed the target with a couple of chances but we defended really well when we had to.

Not as though it was all at one end. Aaron Ramsdale saved well to deny Dwight McNeil with a shot from the left hand side. We put them under some pressure at times and there was always the chance they might concede a soft one with their hideous insistence on trying to play the ball out from the back.

Embed from Getty Images
No goals at half time. I was delighted with our first half performance and spent half time chatting to some long standing friends I’ve not seen in some time while ignoring those, and they know who they are, who were making reference to me being a septuagenarian.

Nothing much changed in the early stages of the second half; I thought we looked more than comfortable. The Arsenal fans were quiet although this is the library, but they did stir somewhat during a short spell midway through the half when they stepped things up. They won a couple of corners which prompted Alexandre Lacazette to take over as cheerleader, prompting the home fans to get behind the team. He supported them by missing arguably their best chance.

It was Arsenal’s best period of the game and we had to withstand around six to seven minutes of pressure. So well did we do it and the two central defenders stood out like beacons. Ben Mee was brilliant as was James Tarkowski alongside him. I don’t know what’s going to happen with Tarky but I do know that we will seriously miss him if and when he does go. I’m hard pushed to separate them for the man of the match. And when Arsenal did get a shot on target they were denied by Nick Pope who kept them out with a top save.

With around twenty minutes to go, I sensed that we’d got through that period unscathed and maybe could now go on and get something from the game. This is Arsenal though and we’ve seen it go wrong so many times, and usually undeservedly, so every time they came forward I was hitting the Emirates panic button.

Embed from Getty Images
In truth, they’d run out of ideas. They won themselves a couple of soft free kicks but the closest we came to a goal in the last few minutes was at the other end courtesy of three good runs from McNeil, one went over the bar, one he played to substitute Jóhann Berg Guðmundsson and the third he shot wide. They had Mikel Arteta charging down the touchline. I thought he was going to try and get on and tackle Dwight but he must have thought better of it, not wanting to slip in the long grass.

I was keeping a keen eye on the four minutes of stoppage time and when Dwight picked up the ball for that last run there were just about twenty seconds remaining. “They can’t beat us now, they aren’t going to get another attack.” I was right and the appalling David Coote did blow on time and I was witnessing a first point at Arsenal since we won at Highbury in 1974. What a shame none of us could be there last season.

The point hasn’t achieved anything in terms of the table. We are still bottom and we still have the worst points per game in the league. What it has achieved is reassure us, as fans, that there is a real desire there to get moving. It doesn’t come with any promises but if we were able to continue playing like that then better results will come. This was what the strong jaw we’ve been searching for; this was proper Burnley.

It was good leaving the Emirates not having been beaten as we looked forward to our journey home with our planned pub stop in Northamptonshire for some good food and drink. It didn’t let us down and overall it had been a long, but a good, day out. Let’s hope we can have plenty more of them before the season comes to an end.