Ex Clarets in management – Taylor out and Cook in

Matt Taylor’s first managerial role ended this week after a dramatic change in fortunes for Walsall in League Two but, today, Paul Cook, recently sacked by Ipswich Town, is back in football with Chesterfield.

Taylor left Spurs, where he was youth team coach, in the summer to replace Brian Dutton, who had been in charge since February last year when Darrell Clarke moved to Port Vale. 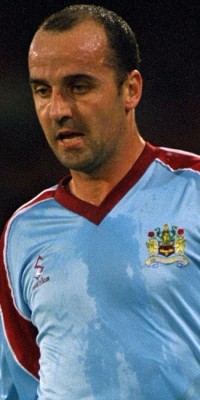 All seemed to be going well with Walsall going into 2022 in the top half of the division but the wheels have come off since. They were beaten at Stevenage in the first game of the year and that’s been followed by another six consecutive defeats with last Saturday’s at bottom club Scunthorpe being the final straw. In the shortest, and most abrupt of statements, they thanked him for his efforts and wished him well.

Meanwhile, Chesterfield are pushing for promotion in the National League but recently their manager James Rowe was suspended pending an investigation into allegations of misconduct. That was back in January with them top of the league.

This week they’ve sacked him and, to the delight of their fans, have reappointed Paul Cook who had a very successful time as manager previously before being lured to Portsmouth. He left Accrington for Chesterfield in October 2012 and was there until the end of the 2014/15 season. Incredibly, they’ve had nine permanent managers since.

When Cook left they’d just reached the League One play-offs but were beaten in the two-legged semi-final by Preston, this having taken over with them in the bottom half of League Two.

From Portsmouth, he’s also managed Wigan and, most recently, Ipswich and now takes over at Chesterfield with them in second place, one point behind leaders Stockport, the club from whom we signed him in 1999, and with a game in hand.