Fans back and Brighton here to kick off the season 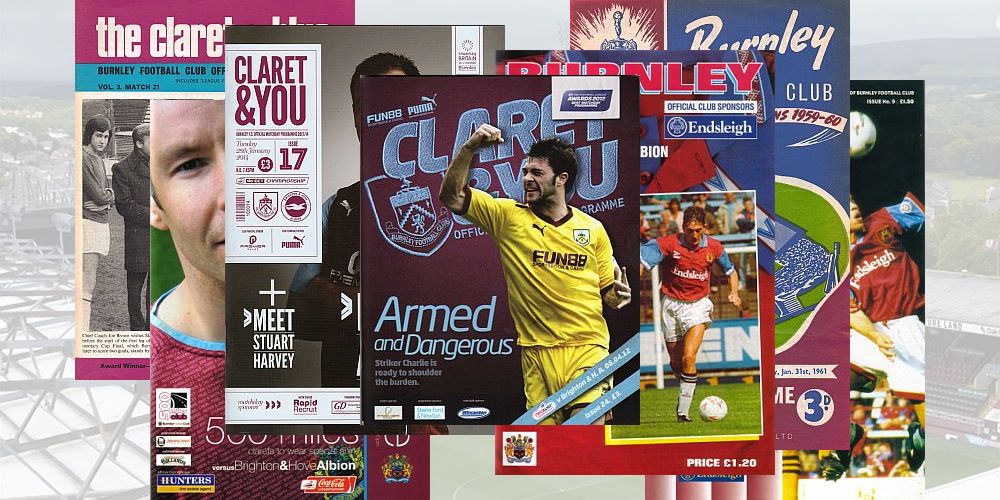 Last season was like no other with virtually all of the games played behind closed doors. It was a season when Fulham and West Brom fans could do no more than see their teams return to the Premier League and go back down again while being unable to watch.

This weekend the new season starts and in front of supporters, something that we all hope will be able to continue safely throughout the season and beyond. That will mean, for the first time, a Burnley home league game is available for all supporters to attend since almost twenty and a half thousand saw us draw against Spurs just over seventeen months ago.

We go into the game looking to end a wretched run of home results. Having beaten Aston Villa 3-2 in January, we have since drawn five and lost five at home, our worst record in the Premier League. Last season ended with the last four home games all ending in defeat; our last Turf Moor point coming in early March against Arsenal.

Embed from Getty Images
It’s just about the same again in terms of the squad other than Nathan Collins who has signed from Stoke to add to the defensive options. Wayne Hennessey has arrived from Crystal Palace, allowing Bailey Peacock-Farrell to go out on loan but it looks likely that Nick Pope will be in goal tomorrow.

He missed the final three games of last season. His injury required surgery which forced him to miss the Euros, but he was back in goal last Saturday for the Cádiz friendly.

“It’s probably the hardest thing in your career, getting through injuries which are a bit longer term,” said Pope, who didn’t play a single league game three years ago having suffered a shoulder injury at Aberdeen.

“It was good to be back in at the weekend and get ninety minutes under my belt,” he said. “When you come through at the weekend and you feel good afterwards it’s a really good step in the right direction and I’m looking forward to the season starting now.”

I’m expecting Pope to play in goal, I think I’ve got the back four sorted, a couple of midfielders and one of the strikers. It’s the other three places that leave me wondering what’s in Sean Dyche’s mind. It’s who plays on the right and who partners Ashley Westwood in midfield and who will line up alongside Chris Wood.

The only two players ruled out with injury, as far as we know, are Kevin Long and Dale Stephens and I’m not aware of anyone having signed today to boost the numbers so I’m going for this team tomorrow.

Brighton, like us, were always looking over their shoulders at the bottom three last season before finally finishing 16th in the table, one place above us and with two points more.

Ahead of the new season they have, to date, made five new signings. They’ve landed Kilmarnock’s experienced Gary Dicker who is available but will also coach the under-23s. They’ve made a couple of back up signings while the most intriguing is Zambian midfielder Enock Mwepu from Red Bull Salzburg. Their most recent signing is winger Kaoru Mitoma but the Japanese international has immediately gone out on loan to Union SG in Belgium.

Embed from Getty Images
Probably the key news is that Yves Bissouma (pictured above) is still with them despite a lot of interest from other clubs and he is expected to play tomorrow. Players who won’t are Dan Burn, Tariq Lamptey and Danny Welbeck who are all ruled out with injury as are Moises Caicedo and new goalkeeping signing Kjell Scherpen.

Burnley drew five successive home Premier League games between the 6th of February and the 6th of March last season; the 1-1 draw against Brighton was the first of them but it was, as Graham Potter has said this week, a game we should have won although we had to come from behind to get a point.

Ashley Barnes and Matěj Vydra played up front together for the first time and they played well with Vydra our best player on the night. More than once Vydra was involved in most things, but we just couldn’t get a breakthrough.

Embed from Getty Images
We paid the price for that around ten minutes before half time when Lewis Dunk was allowed a free header from a corner although his effort should have been cleared off the line by Jóhann Berg Guðmundsson. We’d just about been the better side in the first half but went in with this deficit.

The second half was a different story and eight minutes in we were level. After a flurry of blocked shots the ball found its way to Erik Pieters. His shot was well saved by Robert Sánchez, but he parried it out to Guðmundsson who calmly shot just inside the post from the edge of the box.

We dominated much of the remainder of the game, but Brighton defended well, hung on and the game ended with us getting one point each.