Burnley Football Club stunned their supporters some 39 years ago when, after a disappointing first season in the Third Division, they increased the prices for the 1981/82 season.

The prices had been reduced for the previous season with the club having been relegated, but when the early bird prices were announced for the next season there were some massive increases. An adult ticket in the Bob Lord Stand was to increase by close to 40% from £42 to £59 but the hardest hit were the older and younger supporters who went on the terracing. Their season tickets were going up from £9.50 to £18, an incredible 89% increase on the previous season. The club had also removed the option of family tickets, which had proved to be very popular, in the cricket field stand. 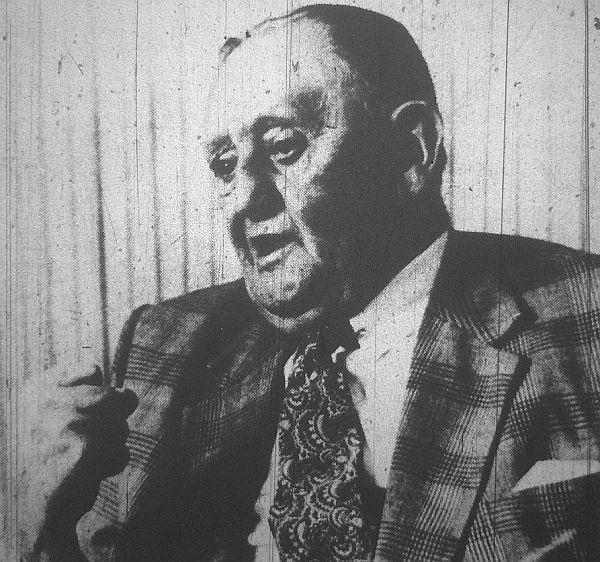 Falling attendances along with rising costs were the obvious reason for the increases but it left the club then facing the difficult problem of encouraging fans to watch another season in the lower league at these much higher prices.

When asked about the increases, chairman Bob Lord said no more than: “The secretary (Mr Maddox) is dealing with this. You will have to speak to him,” knowing full well that Maddox was away from the club.

Cut off back then for early bird season tickets was on 6th June but there was to another bombshell when the match day prices were revealed. All prices were increased with adult admission on the terracing (Longside and Bee Hole End) to go up from £1.35 to £1.90 for an adult, but worse still was the abolition of any concessions which meant junior and seniors would have to pay £1.90 instead of the previous season’s 75p to watch a Third Division game.

Peter Higgs, the sports editor at the Burnley Express, wrote an open letter to the directors. It read: “How old were you the first time your dad took you to a Football League match? Six, seven, or eight? Somewhere around that age. It was an exciting treat, no doubt. And for thousands of you it would have been the start of a love affair with soccer – and your local team.

“For people round here the local team is Burnley, but if fathers want to take their sons along to matches next season it will cost them £1.90 per person. A father with two lads wanting to take them for an afternoon on the terraces at Turf Moor will have to pay £5.70.

“Since the prices were announced for next season, the reaction among all the supporters I’ve spoken to has been one of outrage. If I had £1 for every time I’ve heard someone say “I’m not paying those prices to go on,” I’d have quite a bit towards buying Burnley a new player.

“Nobody disputes that in the present harsh times running a football club is a finely judged and extremely difficult business. Fair minded people , while not enjoying forking out extra money, will accept that expenses have to be met and certain rises are inevitable.

“What they cannot accept is “No reduced prices for children and OAPs” This rigid policy will drive potential fans away and for the long term future of the club it could be disastrous. No other club in this area penalises the young and old in the same way.

“Although the Burnley board has made some unpopular decisions in recent years they have shown themselves to be flexible. Last season, after an outcry over prices the previous year, they reduced prices by 10% throughout the ground.

“But still they won’t budge on reduced price admission. There are six directors on Burnley’s board and we’d like to ask each of them to search their hearts and say how they can justify this decision. Furthermore, we would ask them – even plead with them – to reintroduce reduced price admission. For the sake of the children and for the future of Burnley Football Club.”

Alas, as you would expect, it all fell on deaf ears, but the Burnley Express were not prepared to settle for that and in a lead editorial that followed they called for the removal of Lord and the board.

The Express editorial said: “The one black shadow hanging over Burnley FC remains the rule of chairman Bob Lord and his board of directors. The club is now reaping the bitter harvest of the years of Mr Lord’s leadership.

“Until there is a new regime, headed by a younger man with new ideas to pour into the club in order to bring it into the modern age, Burnley’s chances of a revival remain bleak. If Burnley are to compete (as they should be doing) with the Shrewsburys, Cambridges and especially the Blackburn Rovers of the football world then it is essential that they should have a fair chance of doing so under the right set up. And that’s not the sort of set up which yo-yo’s the prices from season to season – down one year, up the next – and in its latest massive increases hits hardest at the old and the young.

“We doubt that Mr Lord will retire, but that will not prevent this newspaper from stating quite clearly that for the good of Burnley Football Club and the soccer fans of this town it’s time he did.”

I think we all knew that this sort of attack on Lord would have made him even more determined to dig in his heels and that’s exactly what he did with the new high prices, without any concessions for the young and old, applying as the new season got off to a shocking start.

Mr Lord, however, through ill health, did stand down from the chair in October 1981 and he passed away two months later. One of the first things the new board, headed by John Jackson, did was to reduce adult admission charges and re-introduce the cheaper prices for the young and old.

« The 1970s completed
A point closer after Bloomfield Road draw »