Burnley’s former Scottish striker Andy Lochhead has sadly passed away today at the age of 81. 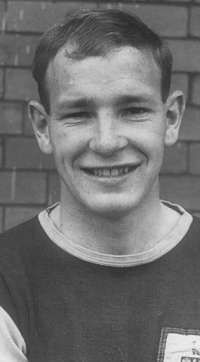 Andy was a reserve team player when I first started watching Burnley but he’d joined the club a couple of years earlier in 1958, signing after a successful trial having been scouted by Jimmy Stein.

He made his first team debut in August 1960, aged just 19, in a home game against Manchester City although it was the 1962/63 season before he was able to claim a regular place. From then until the 1967/68 season he hit double figures in goals every season, passing twenty in four of those seasons. He scored three or more goals in a game on seven occasions which included a four against Manchester United on Boxing Day 1963, and five against Chelsea and Bournemouth in 1965 and 1966.

His 266th and final game was against Liverpool in October 1968. We took a hammering and it led to some of our younger players coming into the team and winning the next eight games. By then Andy had scored 128 goals for Burnley with 101 of them in the league, the last player to reach three figures in league goals for Burnley.

He moved on to Leicester, Aston Villa and Oldham and played at Wembley for Leicester in the 1969 FA Cup final against Manchester City. He also had a spell playing in America with Denver.

But Burnley was his club and Burnley had become his home. At the end of his football career, he spent time as landlord at the Bay Horse in Worsthorne and was later steward at Ighten Mount Bowling Club. 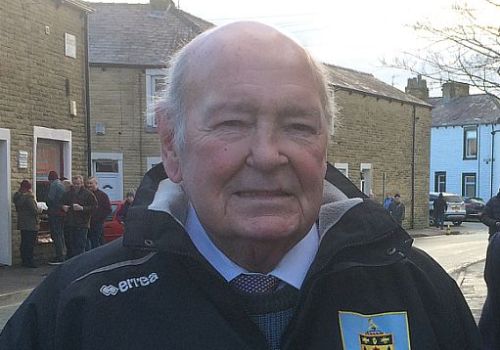 He was very much a hard player. Back in 1985, I had the pleasure of attending the European Cup Winners Cup final, won by Everton. We had former Evertonian Brian Labone as our guide and he was asked about players he’d played against. He said there were some that didn’t come near again after he’d kicked them, some gave him a game and then he said there was Lochhead at Burnley who would come and kick you back, twice as hard and twice as often. I saw Andy the following week and told him about Labone’s comments. Andy said: “He was a soft get.”

One other story I remember Andy telling was of Dino Panzanato, the Napoli defender who was sent off for stamping on him in the Fairs Cup tie at Burnley. “I will kill you in Naples,” Panzanato told him but Andy just replied: “You won’t, you’re ******* suspended.

For a number of years he was a double act with Willie Irvine again at Turf Moor. They’d formed a prolific partnership in the 1960s on the pitch and now they were entertaining guests on the ground tours and entertaining it was as the the Scotsman and Northern Irishman enjoyed some banter.

Andy Lochhead really was a terrific player for Burnley and a terrific supporter of the club who was still watching games up to the shutdown two years ago. He’s been ill for some time but today has become a very sad day with his passing and my thoughts are with his wife Carole, his family and friends.