Farewell to the brilliant Jimmy Greaves

It was the spring of 1986 and Ian St. John & Jimmy Greaves, the former Chelsea, Tottenham Hotspur, West Ham United and England striker, were the guest speakers at a Supporters’ Club dinner at Turf Moor.

I’d been heavily involved in the organising of the dinner and, as such, had the privilege of speaking to Jimmy before the event got underway and of sitting close to him during the dinner. He surprised me when he said he had to break off from speaking to me because someone he knew had just walked in. That someone was Jimmy McIlroy and he told me he was the greatest player he ever played against. 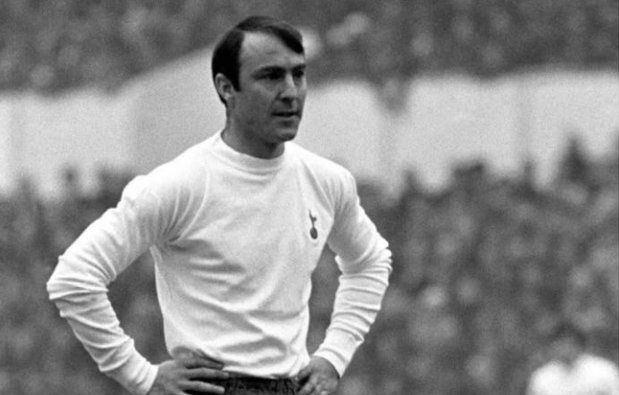 “It’s tea,” he joked when he got up to speak, lifting up the silver teapot to show that’s all that had passed his lips. “I’d take a close look too if I were you,” he added, “It’s the nearest you’ll get to seeing silverware here for a long time.”

Fed by St. John, he was in brilliant form all night and I don’t think anyone could have left disappointed. After the pair had spoken, they took questions from the floor. “Do you think Ramsey made a mistake not playing you in the World Cup Final?” one guest asked. “Who won?” was his answer before admitting he was disappointed but pointing out that his replacement did score a hat trick.

That was Jimmy Greaves, the entertaining ex-footballer, who had become a firm favourite because of Saint & Greavesy. Younger fans loved him too, many without knowing just how good a footballer he was.

He was definitely no ordinary footballer and not just a good footballer. He was quite simply a brilliant goalscorer for club and country. Starting at Chelsea, he scored 125 goals for them in 157 league appearances and that landed him a move to AC Milan.

He didn’t settle in Italy but did score nine times in twelve Serie A games before returning to London to join Tottenham. He didn’t want to become the first £100,000 player in England and so the clubs agreed a £99,999 fee. I think Spurs got value for money; he netted 220 times in 321 league appearances before moving on to West Ham and then non-league as the drinking took hold.

And let’s not forget England. Despite missing the World Cup final having lost his place in the team through injury, he did score thirteen times in twelve games for the under-23s before winning 57 full caps in which he scored 44 times.

He always spoke so well about our club, even when we dropped into the old fourth division. He might have referred to a trip to Burnley as being like Brigadoon but he remembered playing against our great team for both Chelsea and Spurs and that left him, I always felt, with some real affection for us.

There is absolutely no doubt, he was one of the greats of English football and also the most engaging of people. He used to tell St. John: “It’s a funny old game Saint.” It was a sad old game when St. John passed away just over six months ago and even sadder today with them both now having left us.

Our thoughts are with Jimmy’s family and with everyone involved with the Chelsea, Spurs and West Ham.