Final away trip of the season – Carrow Road 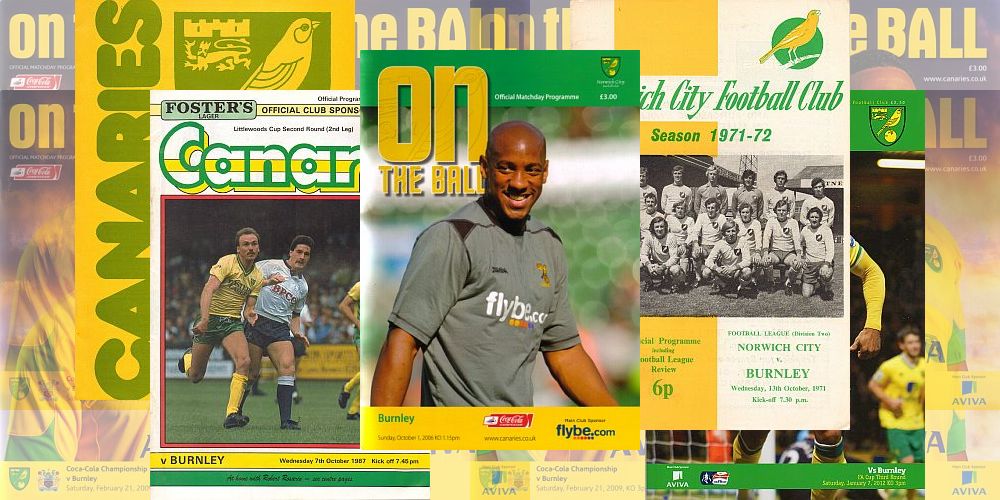 We will soon be reaching the end of the 2019/20 season which will come a week on Sunday with a home game against Brighton & Hove Albion but before that we have our final away game of the season tomorrow at Carrow Road against already relegated Norwich City.

Just a year ago this weekend I was making my way to Crewe for our first public pre-season friendly and getting a first look in Burnley colours at Erik Pieters on a day when Jay Rodriguez made his public return to the Clarets and the line up including Jimmy Dunne and Josh Benson who are currently being utilised on the bench.

The rest of the squad that day played at Port Vale and that was around the time when we could virtually put out two first teams and would have done that day but for injuries to Ben Mee and Charlie Taylor that kept them out.

Mee and Taylor, thankfully, have been fit enough for long enough this season but as we make the long trip to Norwich they will again both be absent as will a good number of the other players who featured that day a year ago, namely Joe Hart, Matt Lowton, Ben Gibson, Aaron Lennon, Jeff Hendrick, Jack Cork and Ashley Barnes.

I say we make the long trip to Norwich. What I mean is the players and staff with us, the fans, unable to go as has been the case throughout since the return of football last month. It’s a disappointing one for the group I travel with. Way back in August, on the Arsenal trip, we decided we’d make a weekend of this one, our first visit to Norwich in over eight years. Alas, any such idea will have to wait awhile.

Embed from Getty Images
As for the injuries, there is some good news. We suspected that Taylor, who came off after half an hour against Wolves two days ago, would be out, and he is. We hoped that Jay Rodriguez would be fit, and he is.

I read today about the problems Jay had following the cruciate ligament injury he sustained playing for Southampton at Manchester City that seemed, to us, to keep him out of the game for some time. Only today did I learn that he was in intensive care and could have died.

He couldn’t break the Ashley Barnes and Chris Wood partnership when he first came back but injury to Barnes initially gave him a run in the side and undoubtedly he’s now looking a bargain given the form he’s shown recently, playing alongside either Wood or Matěj Vydra, and he’s already scored three goals for us since we returned.

Thankfully, he’s fit and the team looks as though it will virtually select itself with Erik Pieters moving to left back, as he did during the Wolves game, and Jόhann Berg Guðmundsson coming in for his first league start since October.

Norwich ended last season as Championship winners with 94 points but their return to the Premier League after a three year absence has not gone as well as they might have hoped and when they were beaten by West Ham last week it meant an immediate return to the Football League.

With two games to go; they face a trip to Manchester City next week, they have won just five games and accrued a total of 21 points. They beat Manchester City at home in September and by then had already recorded a win against Newcastle, both of those at home. They’ve since won at Everton and then recorded further home wins against Bournemouth and Leicester. They beat Leicester 1-0 with a Jamal Lewis goal on the night before we drew at Newcastle. Those were the last points they won.

Embed from Getty Images
Since relegation was confirmed, they’ve played just once and were somewhat unfortunate to lose at Chelsea. Today, their captain Grant Hanley said that he was certain they will come back stronger next season as they push to get back into the Premier League.

Hanley is currently out injured and will miss the game as will both Sam Byram and Moritz Leitner. Christoph Zimmermann (pictured) has returned to training although Daniel Farke suggested it might be a place on the bench for him.

We did play an FA Cup tie at Norwich in the 2011/12 season but the last visit for a league game came a season earlier at a time when we were dropping points from winning positions away from home on a regular basis and we did exactly that again, surrendering a 2-0 half time lead and going on to draw 2-2 although referee Trevor Kettle has to take a lot of credit for his big assist on Norwich’s stoppage time equaliser.

This was very much the game of two halves. We played well in the first half and took the lead midway through when Martin Paterson turned in a low cross from Tyrone Mears. Just a few minutes later it was two for Pato. Dean Marney played him through but he shot too close to goalkeeper John Ruddy who got a touch, slowed it down and then watched agonisingly as it crossed the line.

Embed from Getty Images
Without an away win all season, and knowing we’d thrown away too many leads, there was still confidence among the Burnley fans given just how well we’d played in that half. My word it all changed with the introduction of Anthony McNamee for the second half. He caused us no end  of problems in a Norwich side who assumed control.

McNamee set up fellow substitute Chris Martin to score with just under twenty minutes to go but we thought we’d done it when we went into stoppage time and still holding a lead. Then in stepped Kettle who somehow didn’t see Andrew Crofts blatantly handle the ball before equalising. Our players had stopped it was so obvious and Crofts didn’t celebrate initially, believing he had no chance of getting away with it. He might have even had a second yellow card had Kettle seen the handball but at least he did get that a minute later and was promptly sent off by the incompetent official.