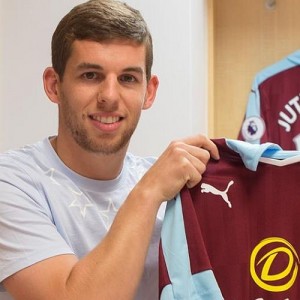 Jon Flanagan was a Burnley player throughout the 2016/17 season on loan from Liverpool but today, having been released by Rangers at the end of last season, he’s become a Zebra, signing for Belgian club Royal Charleroi Sporting Club.

Flanagan had looked a fine prospect at Liverpool. He was in the team that came close to winning the Premier League under Brendan Rodgers, but injuries had halted his career there and that led to his move to Burnley ahead of the 2016/17 season.

It wasn’t a success; he made just six Premier League appearances for us with just half of those from the start and it was no surprise that we didn’t try to make the move a permanent one. He returned to Anfield but wasn’t involved with the first team and that meant another loan move, this time to Bolton for the second half of the 2017/18 season.

By that season’s end it was time to leave his home town club and former team mate Steven Gerrard took him to Rangers. He spent two seasons at Ibrox, starting 19 Scottish Premiership games, the last of them coming in a 2-1 defeat against Hearts at Tynecastle in January of this year.

He was released by the Scottish club and has been without a club since until today. He’s joined Charleroi, nicknamed The Zebras, on a one year contract with the option of a further year.