Former Burnley under-23 central defender Harry Flowers moved yesterday from Curzon Ashton to AFC Telford United, signing a deal with his new club until the end of the 2024/25 season. 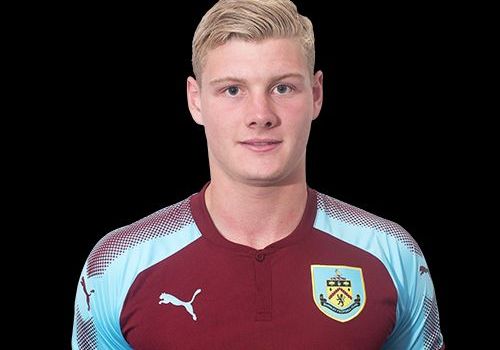 In doing so, he’s swapped a possible promotion campaign for a relegation battle. Curzon, who have included a number of former Burnley players this season, are currently 11th in National League North and still harbour hopes of making the play-offs.

Telford, meanwhile, sit third from bottom with just a two point advantage over Guiseley, another of Flowers’ former clubs. They’ve also played more games than every other club in the league.

Manager Paul Carden was delighted to get Flowers, who he has been trying to sign for months. “It’s a big signing for the club, someone who we have tried to sign earlier this season,” he said. “Harry will bring presence to an already strong defence, leadership qualities to the squad as well as coming in at a good age (25) where he can progress with the club and be part of what we are building but the most important thing in the here and now is make sure we retain our status in this league. Harry will certainly be a key part in helping us achieve the task ahead.”

Flowers himself said: “It’s a real privilege to sign for a club like AFC Telford United. Every time I have played here it’s always impressed me and I am really looking forward to representing the club. There’s a sense of personal pride with my late grandfather (former England and Wolves defender Ron Flowers) who played for and managed the club so that made my decision to come here a little easier.”

Flowers, who was with Burnley between 2017 and 2018, had some words for his former team mates at Curzon. He took to social media and wrote: “Thank you for the best couple of seasons. It’s been an absolute pleasure and I can’t thank the club, management teams and all the fans enough for the support during my time. It was one hell of a dressing room and I hope you can finish the season in the play-offs.”

Flowers will now be preparing for a potential Telford debut at Farsley Celtic who are one place below them in the table.