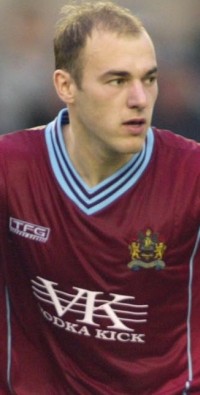 It came as no surprise when Salford City decided to sack Gary Bowyer at the end of the season and today comes news that the former Blackburn Rovers manager has been replaced by a player who spent time at Burnley some eighteen years ago.

Neil Wood is the new head coach at Salford. He’s left his previous role at Manchester United, where he coached the under-23 team, to take over and said today: “I’m very excited for the challenge. I think it’s going to be really good going forward, it’s going to be a new challenge for me but one that I’m looking forward to.

“I’ve spent a lot of years coaching. I’ve been a head coach for the last three years at Manchester United and this was naturally my next progression so it’s an exciting time.”

Sporting Director Chris Casper said of the appointment: “Neil has great potential, he’s someone that the owners have worked with previously and he ticks a lot of boxes for the way that the club wants to progress. As a head coach he will be able to work on an intrinsic level with the players and work to improve and get the best out of the squad.

“He has an excellent reputation for developing young players which is an ambition that the owners set out when they arrived at the club in 2014, and we believe that he will give us a fantastic chance to realise those ambitions.”

Wood was one of three players who joined Burnley on loan in the same week in January 2004, coming in from Manchester United along with Bradley Orr from Newcastle and Paul Rachubka from Charlton. Wood was the only one to win a regular place in the team and he made eleven appearances during his time at Burnley, scoring once in a 5-3 home defeat against Norwich.

It was believed he was set for a permanent move to Turf Moor in the summer but a change of manager ruled that out. Wood, instead, went out on loan to Coventry and then Blackpool where he eventually moved permanently. His final club was Oldham for whom he played in the 2006/07 season. His final game came for Oldham against previous club Blackpool who fielded current Burnley interim manager Michael Jackson in defence.

He went on to play in Bosnia and then, on his return to England, in non-league football before joining United’s coaching staff.