Luke Conlan, a member of the Burnley youth team that reached the semi-finals of the FA Youth Cup in 2012, has today left Morecambe, where he’s been since 2016, and moved to AFC Fylde on a deal that could see him remain there for two years. 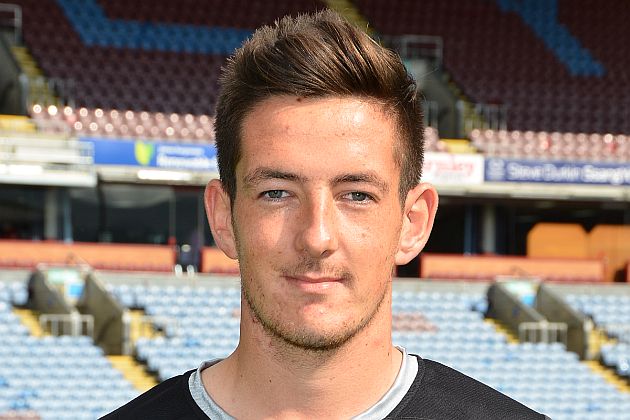 Conlan arrived at Burnley as a scholar in 2011 and was a regular member of the youth team over the next two years and remained at the club as a member of the development squad until the summer of 2016.

By then, he’d made one short first team appearance in a friendly at Accrington and had spent time out on loan, firstly at St. Mirren, for whom he made his league debut in front of almost 50,000 at Ibrox against  Rangers, and then at Morecambe. Both those loans came in the 2015/16 season and he impressed Morecambe boss Jim Bentley enough to win himself a permanent deal.

He did well and earned himself a longer term deal but hasn’t played quite so much since Bentley left for AFC Fylde and was replaced by former Burnley player Derek Adams but Bentley has gone back in for him to take him to Fylde ahead of the new season.

Conlan said on completing the move: “I’ve had a good relationship with Jim over the years, so that’s the main reason for me. I heard of the interest recently and it was all about playing games, so knowing the Gaffer and how he works, seeing the facilities here, it all seemed a great fit for me.

“I already know this is an environment I will enjoy. Adding the players that they have and the experience to an already good squad, it looks like things are going really well. We should be pushing for promotion and I want to be part of that.”

Bentley was delighted to be able to sign Conlan again. He said of the left back: “He’s an outstanding professional and character and I’m sure he will fit in with the players already at the club and that will be helped by him knowing some of them already. He ticks a lot of boxes for us and I’m sure he will do well for AFC Fylde.”