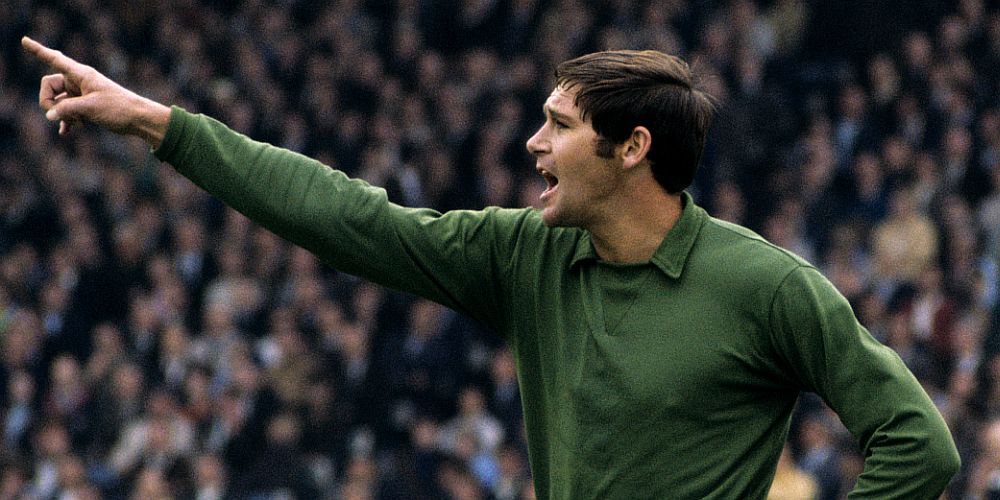 The sad news has reached us today of the passing of former goalkeeper Tony Waiters at the age of 83, a goalkeeper much better known for his time at Blackpool and then as a coach and manager at Coventry City and Plymouth Argyle.

Waiters was 33 when he joined Burnley in the summer of 1970. By then the former Blackpool and England goalkeeper had retired from playing and had been coaching at Liverpool. He arrived at Burnley as a coach but was quickly pushed back into action following an injury to first team goalkeeper Peter Mellor.

He made his debut on the opening day of the 1970/71 season against Liverpool, the club he’d just left. It proved to be a very poor 1970/71 season for the Clarets  that saw us relegated after a 24 year stay in the top flight.

Waiters played for much of the season, losing his place to Mellor on his return to fitness but quickly regaining it. My memory always takes me back to the FA Cup 3rd round tie at Oxford that season. We were beaten 3-0 but Waiters was terrific that night, making one double save that remains as good as any I’ve seen.

Following relegation in 1971 he was in the team for the opening three games of the next season but they proved to be his last games. With Alan Stevenson set to sign in January 1972, Waiters officially hung up his boots during the previous month.

It was by no means the end of his football career, in fact the start of a hugely impressive coaching career that first took him to Coventry and then to Plymouth where he was manager from October 1972 through to April 1977 during a successful period for the Devon club.

He moved to Canada in 1977 where he was manager of the hugely successful Vancouver Whitecaps and then the national team and he was in charge of Canada at the 1986 World Cup in Mexico.

The news of his passing came yesterday, 9th November and this followed a short stay in hospital.

Our thoughts today are with his wife Anne, son Scott and daughter Victoria, the Waiters family and friends.