Burnley have raided Belgium again to sign South African striker Lyle Foster from K.V.C. Westerlo who currently sit seventh in the Belgian First Division. He has joined us on a four and a half year contract which takes him to the end of the 2026/27 season. 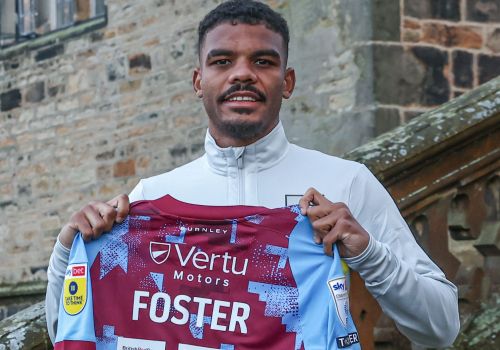 The 22-year-old from Soweto started his career in his home country with Orlando Pirates who are based in Johannesburg, but he left to move to France in January 2019 when he joined Monaco. He played mainly in the reserves and in that summer he signed on loan for Cercle Brugge, a partner club of Monaco.

At the end of that 2019/20 season, he was on the move again, this time to sign for Vitória de Guimarães but after an unproductive first season returned to Belgium on a season long loan deal at Westerlo. He played 23 games for them in the 2021/22 season, scoring four goals, but come the end of the season, Westerlo made his move there a permanent one.

This season has proved to be far more productive and he’s netted eight times in sixteen games with the two most recent of them coming in November in a 6-0 home win against KV Oostende. Vincent Kompany was spotted by an eagle eyed cameraman watching him in a recent game against Genk which immediately led to speculation that Foster was our target. That’s led to today’s move.

He’s a full international too, having played nine times for South Africa, scoring once in a 2-1 defeat against Morocco last summer in a qualifying game for the 2023 Africa Cup of Nations. He first played for his country in June 2018 in the COSAFA Cup. His most recent appearance for his country was in that game against Morocco in June last year.

Although the transfer fee is undisclosed, it has been reported that it is the highest fee ever paid for a South African footballer, shattering the €3.6m Spurs paid Everton for Steven Pienaar in 2011. That report from ‘The South African’ suggests we’ve paid €7m with a further €3m in add ons to follow should promotion be secured.

On completing his move, he said: “I’m very happy to be here, I’m blessed and thankful for the opportunity and I just can’t wait to get started. From the moment I heard that there was interest from Burnley, my heart and my head were set on the club. I’m so happy to be here now. It’s a dream for me.”