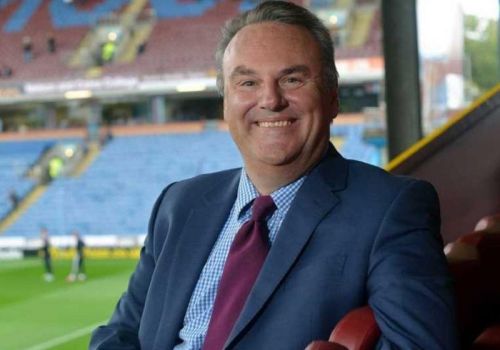 Garlick, who sold his majority stake in Burnley at the end of 2020, said: “It’s an absolute honour and privilege to takeover a club like St. Joseph’s which is steeped in history and tradition. We want to build on the excellent work carried out by former owner Stuart Rodriguez over the last seven years and are confident that we can keep the club moving forward both on and off the pitch and bring more success to the club.”

Joining Garlick is owner/director of Weymouth, Mark Palmer and he added: “Both Mike and I want to make a really positive impact into the club by adding in our knowledge, experience and network throughout the game and utilising that to take the club forward whilst still very much respecting the hard work that has been put in to take the club to where it currently is.”

Garlick became a director at Burnley in 2006 and was elected joint chairman alongside John Banaszkiewicz in the summer of 2012 before taking over as sole chairman three years later having increased his shareholding.

He sold to ALK at the end of 2020 but has remained on the board, alongside John B, since.