Ahead of last season Ben Gibson moved to Norwich on a season long loan with the deal to be permanent should they make an immediate return to the Premier League. 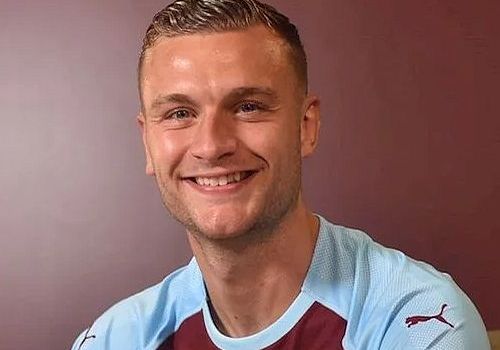 Norwich won that promotion, bringing to an end a difficult time for the central defender who was signed from Middlesbrough on a four year deal back in the summer of 2018, just in time for him to take part in our Europa League games. He made his debut in the second leg of the tie against İstanbul Başakşehir and was then unfortunate to be sent off in Greece against Olympiacos.

It didn’t all lead to an immediate place in the league team. He didn’t kick another ball for us until Christmas because of him twice requiring surgery but was finally given an opportunity in a three man back line against Everton on Boxing Day. Although he scored, it didn’t go well and he was substituted during a 5-1 defeat, little knowing it would be the last time he played Premier League football for us.

He played in both FA Cup ties against Barnsley and Manchester City before lining up in August 2019 for what proved to be his final Burnley appearance against Sunderland in the League Cup when it is fair to say he had something of a difficult game.

By the time the FA Cup came round that season he was experiencing problems at the club and didn’t play. He soon found himself training with Middlesbrough before moving to Norwich ahead of last season.

Goodness knows what would have happened had Norwich not won promotion, but they did and it is in the best interests of Ben Gibson as well as Burnley Football Club that he has now left the club.