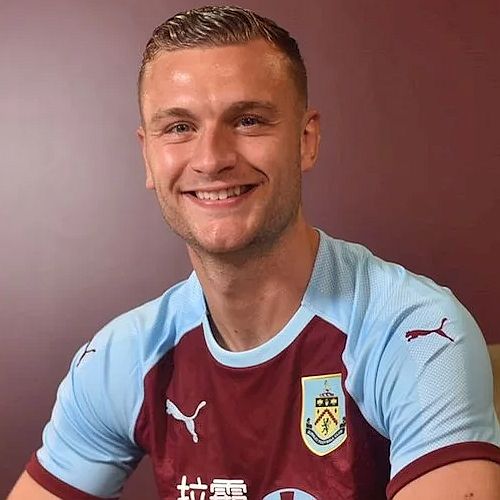 Ben Gibson has, this evening, completed his move to Norwich City on a season long loan with both clubs confirming that there is an agreement in place for the deal to be made permanent should Norwich win promotion back to the Premier League at the first time of asking.

It brings an end to a frustrating time for both Gibson and Burnley Football Club. He hasn’t played in over a year, since the League Cup defeat against Sunderland in August 2019, and has not been at Burnley since early this year when he initially went to train with Middlesbrough.

Speaking to his new club, Gibson said: “I’m absolutely delighted. It’s been a long time coming, I’ve been desperate to play football for a couple of years now and it hasn’t materialised, so a fresh start is exactly what I need. An opportunity to come to an aspiring football club that has a clear ambition to get back to the Premier League at the first time of asking – that’s what I’m here to be part of, to play football and get back enjoying it and get this club back to where it belongs.

“This club has a clear ambition and more than that, it’s clear what it’s about in terms of mentality, how it’s going to get there, the structure of the club. Stuart Webber, the boss (Daniel Farke) and the owners have all put in place something that should last for a very long time.  It’s a project I really wanted to be a part of. The facilities here are unbelievable and you can see the environment around the team, the club are making it absolutely perfect. There’s no excuses to why you should fail or not be at your best. All the tools are here to create something special and that’s why I wanted to be a part of it.”

Farke said of his new recruit: “We of course wanted to get the best possible option in this area and we are delighted that we have been able to bring Ben in. He’s an experienced player who is at a perfect age. He’s homegrown with lots of experience on this stage. He was also the captain of Middlesbrough and has shown that he is a great leader and character. Of course, he hasn’t played that much in recent months. He’ll need some time to adapt, but we’ve got the feeling so far that he’ll be a very important addition to our squad and perfect for us and our defensive group.”

It really is a move that suits all parties. Norwich have landed themselves a central defender with extensive Championship experience while for Burnley and Gibson, the parting of the ways was left as the only possible solution.

« Manager of the month award for Adamson
Weymouth take Stock »